Seventeen weeks ago, there was a buzz, nay, a push to the NFL world to say the New York Jets have righted the ship and will be back on the map! Technically, Antarctica is on the map too. It is safe to say that Daniel Jones is the best QB in New York over the past five years. Hi, Eli! Wipe away those tears and work on filling the dead air. This past Sunday, the Jets were hammered by a team that was frankly supposed to be dead upon arrival in 2022, the Seattle Seahawks.

I am sorry for your loss New York Jets. Your season is over!

The microcosm of pregame storylines told us this was “revenge” for Geno Smith and Pete Carroll. Ok, 12-18 over four seasons and 6-10 hardly seems like they were wronged. Those guys owe Jets fans, like 20 more wins. The least they could do is lay down so Gang Green can slide into the playoffs.

Both teams entered the game with the momentum of a balloon being released as they each had losing streaks of three and four. Fortunately for Seattle, New York is a hot mess under center. Mike White, has almost completed his metamorphosis into Taylor Heinicke. White flamed out with two interceptions and a QBR of 12.2! WHAT ARE YOU WAITING FOR?! SIGN THE MAN!

The Jets’ defense wasn’t much to write home about either. Opening the game, Geno marched the Seahawks down 73 yards on three plays in under one minute thirty-five seconds. Seattle pushed their game plan full steam in the second quarter with another seventy-five-yard scoring drive capped with a Geno TD pass. Kenneth Walker II was able to have a great day, nearly doubling up all of New York’s ground game with his own 133 yards.

The pressure put on Mike White and the Jets was just the right way to earn the victory for Seattle. They ended up minus three on the day for the turnover battle when White added one fumble to his tally of interceptions. We can all get excited and happy for Mike that he’s outplayed Zach Wilson this year. He has won them some games this year. That was then and before he was pitted against the football prowess of Pete “pass on the two-yard line” Carroll.

It really does look like the Jets have hit on a few of their recent draft picks. That is something their loyal fans can celebrate. Having a shutdown corner, a solid O-line, and a coach whose post-game pressers aren’t notorious for googly eye memes is a major step forward. Please note the keyword, step.

The Jets were super fun to watch this year. New York is now twelve years removed from being in the playoffs. It sounds like we have seen the last of Zach Wilson in New York.. Who knows, maybe they’ll have Danny Dimes at the helm next year…or at least Joe Flacco there to unleash his last bit of elite quarterback play. 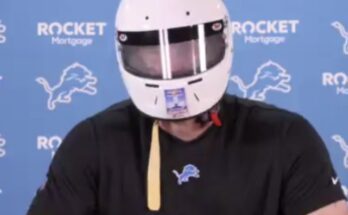