Welcome back to The Degenerates Gambit! Once again, please remember that these articles are for fun, and while I love writing them and gambling on football, if you or someone you know is addicted and needs help, please get help or get help for them. The national helpline number is 1-800-522-4700

We went 1-2-1 last week, my first tie! I feel like that’s a big moment for me, a moment that I’ll remember for probably one news cycle because just like the Giants/Commanders game, the doomscroll comes for all of us. Elon Musk is buying the Library of Congress? Brock Purdy? A kitten orphanage targeted by the alt-right because one of them is named Trixie Mattel? Is Baker Mayfield switching teams so frequently that even Progressive can’t do targeted regional marketing before he moves elsewhere? Come back to Carolina, Baker; Alice Cooper is still in the makeup trailer! All of these things kill the soul so much that it’s hard to remember that we still get the joy of bad football for a few more weeks. Let’s look at some stinkers!

It’s bonkers to me that Detroit are the favorites in this game, and I say that as someone who has a soft spot for that particular division rival. I guess at the end of the day I don’t know how Detroit stops Dalvin Cook, and I believe in the TJ Hockenson revenge game. I think the Lions CAN keep pace with Cousins, but I don’t think they WILL. It’s like giving railway workers a week’s worth of sick pay in the midst of a global pandemic that has killed millions: we COULD, but WILL we? No, no we won’t, and tbh it’s kinda gauche that you think we ever would. Gross.

This game is going to be a gross dumpster fire. Even before Lamar’s injury, the doomscroll got to him: talking shit to random idiots on Twitter is only in good taste if you’re @dril, and I gotta tell you if Dril was the QB for the Ravens they easily beat Denver last week. In this extended metaphor, BrooklynDadDefiant! will be playing the part of Kenny Pickett. Expect Pickett to be distracted while taking money from the DNC, and for George Pickens to smack him upside the head and say “air yards don’t care about your feelings.” Watching this game will most likely rot your brain to the same extent as spending 3 hours scrolling through a “save the children” Facebook group would.

There’s a chance this game ends 38-3, but the under is the under. The Broncos can’t do anything right, and it’s fun in a lot of ways. Has anyone seen Nathaniel Hackett in the same room as Tommy Wiseau? Get in on the ground floor with me, dear reader, as we establish a new movement: ROOManon, the theory that these supposedly different individuals are actually the same person. There’s no other explanation for the Broncos organization right now; I propose that the worst team in the AFC West is actually a surrealist human drama art installation that we are meant to watch languish every Sunday as penance for original sin (eating a half-Canadian bacon/pineapple, half artichoke with pesto pizza).

Philly has to drop one game where they’re massively favored at some point, right? Last year, it was Buffalo running roughshod all over the league before being embarrassed in November by the then 2-6 Jacksonville Jaguars. My point here is that sometimes the scroll comes even for those who are 11-1. Daniel Jones is a force of nature: he looks like garbage when he runs, but at the same time he is clearly effective. He’s the guy at the gym that wears a ratty Big Dogs t-shirt and questionably-stained Champion sweatpants but hangs 15 points whenever he squads up, and you never truly got over the time he cut baseline and by the time you felt the back screen it was too late and you turned directly into his path and he literally dunked on you and that questionable stain touched the actual skin of your face. IT TOUCHED THE SKIN.

Anyway, if you can’t run with the big dogs, stay on the porch: Giants by 3. 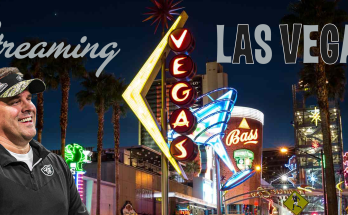