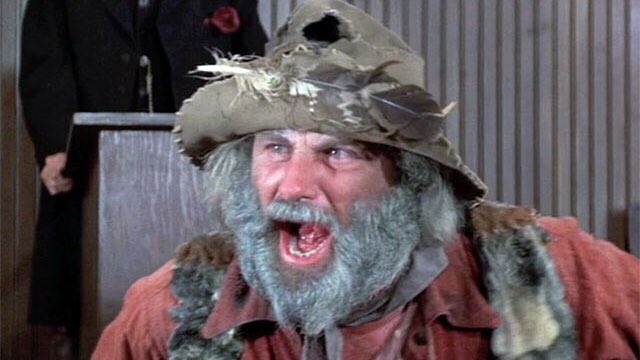 So, full disclosure, and if you follow me on Twitter, you already know this: I am a San Francisco 49ers fan. And as a highly-plugged in Niners fan, I am going to tell you this about their draft… I have no idea what they were thinking with these picks. The Niners needed cornerbacks, and took a running back and a wide receiver in the third round. I have no clue what to tell you about their thought process there, especially with Elijah Mitchell and Trey Sermon costing a fifth and a third-round pick last season. That means that the coaching staff who is notorious for making something out of nothing now has two third-round running backs in their RB room, with a fifth-rounder as the likely starter there, after letting a career free agent walk because you turned him into a stud (Raheem Mostert). It’s all head-scratching, to me. Also, Danny Gray is a luxury pick in an offense that has no room for luxury. Also, Brock Purdy is a fun name for Mr. Irrelevant to have, so whatever.

Ty Davis-Price is a grinder and was a grinder at LSU. He was a classic three-yards-and-a-cloud-of-dust guy for the Tigers and didn’t really do much else than that. TDP wasn’t particularly shifty in the backfield, he wasn’t particularly nimble in the open field, and he wasn’t particularly good at making guys miss. TDP can put his foot in the ground and go, which will be useful for the 49ers’ system, but he lacks the additional gear that guys like Raheem Mostert, Elijah Mitchell, and Matt Breida had that make the 49ers’ offense chug in previous seasons. He can run in a straight line sort of fast, provided that nobody is in the open field to get in his way, so he doesn’t have to try to use his terrible agility.

In the end, TDP is a Kyle Shanahan back (just okay at catching the ball, needs one cut-and-go lanes to function) that the 49ers vastly overdrafted because Trey Sermon is bad? I guess that’s what I’m seeing here from 49ers Twitter. It doesn’t make sense.

Well, it’s the 49ers, so who knows. Last season they had about eight or nine different running backs come through their offices because they kept breaking them. So now, I’m sure, they look greedily and hungrily at TDP as the next toy for Kyle Shanahan to break. He will get his shot at getting the bulk of the snaps at some point for the 49ers this season. Hell, Jeff Wilson Jr. had a three-game stretch as the starting running back for the Niners towards the end of 2021. This is ultimately a defense against making Deebo play running back pick, and an olive branch to Samuel. But, there were better backs to do that with, who were still on the board. Literally, the next running back, James Robinson Jr., was a better option… and I don’t even like JRJ!

Anyway, he will get a shot at some point in 2022, and the 49ers consistently zig, zeg, zog, and zug when we all think they are going to zag at running back. So, I can’t rule out TDP getting the chance to show what he’s made of for the 49ers in 2022.

The 49ers certainly hope that Trey Lance can be the next Patrick Mahomes. So they went out and got the next… Mecole Hardman? The kid can fly, posting a 4.33 40-yard dash at the combine. He’s a good fit for the 49ers’ system, as they need a field stretcher with Trey Lance taking over, but he’s most definitely not a Jimmy Garoppolo wide receiver. Not only is Gray a burner, but he does a very good job of ball-tracking and adjusting to the ball in the air on deep balls. His technique also makes up for his lack of size, as he can maintain his distance without pushing off. Gray can also catch a short ball and take it the rest of the way, with nice open-field elusiveness and just absolutely blazing in-game speed.

Well, is Trey Lance the quarterback? Or is it still Jimmy Garoppolo? Because if it’s still Jimmy G, just forget about Danny Gray until 2023. If it’s Trey Lance, you probably still have to forget about him until 2023, at least for fantasy football purposes. The 49ers had the seventh-fewest targets to wide receivers, and as long as Deebo Samuel, Brandon Aiyuk, and Jauan Jennings are there, Gray is fourth in the pecking order there. Oh, and don’t forget there’s still that George Kittle guy to contend with. I doubt he gets much opportunity in his rookie year to get the type of volume that we want to see for sustained fantasy football success out of the gate.

I’m not too bullish on Gray this season. The 49ers are a team at a crossroads, and they are likely to have a transitional year as they sort out the Jimmy Garoppolo Situation, the George Kittle Situation, and the “Stop Letting Kyle Shanahan Overdraft Running Backs” Situation. You can safely ignore Danny Gray unless something completely unforeseen happens in Santa Clara.

The man is simply not very good at football. He’s semi-athletic, and a decent dual-threat, but he’s not a good quarterback. He has a loopy, slow throwing motion with erratic results, his deep balls aren’t that exciting, and his processor is slow as all get out. In the end, he’s lucky if he makes it as a backup quarterback in the league and feels more like a preseason DFS darling than anything else.

The 49ers had this guy, and his name was Nick Mullens. Jimmy Garoppolo, Trey Lance, and Nate Sudfeld all replaced Nick Mullens on this roster. I expect him to be Mr. Irrelevant in more ways than one.

He might not even end up on a team in a 32-team, 53-man roster billion-dollar buy-in league. He certainly doesn’t belong on a roster in your ten-team home league.