SCOREBOARD!!! Let’s begin with a Week 5 recap. For QBs, Erin and I chose between Sam Darnold (Erin’s pick) and Daniel Jones (my pick). It turns out you shouldn’t have started either of them as Darnold was awful and Jones left his game concussed. Darnold was technically the better play. One point for Erin. Next, we looked at Trey Sermon (Erin’s pick) and Damien Williams (my pick). This wasn’t even close. Trey Sermon had ONE carry for seven yards. Point Bryan. Then we discussed DeVonta Smith vs. Jaylen Waddle. I went with Smith, who was a clear winner over Waddle: 11.2 HPPR points to 4.3. Point Bryan. And lastly, we broke down Corey Davis (my pick) and Jakobi Meyers (Erin’s pick). Meyer’s barely edged out Davis: 7.6 half PPR points to 6.5. The last round goes to Erin. That means we split Week 5, bringing our year-to-date scores to Erin with 9 correct calls and me with 8…smh… On to Week 6!

Bryan’s Take: I’m going to keep this simple. Looking past last week’s less-than-stellar outing, Heinicke scored eight total TDs in the previous 3 games. On top of that, the Chiefs have given up the fourth-most passing yards, and 7th most passing TDs on the year. Burrow should be OK against the Lions and their mediocre defense, but Heinicke is more likely to be chasing points.  Start Taylor Heinicke in Week 6.

Erin’s Take: There are some unisex names that work fine: Jesse, Cameron, Charlie, just to name a few. Taylor is not one of them. My brain has Taylor locked in as feminine. Not that that’s a negative, but it’s probably not the best for a professional quarterback. Joe, on the other hand, is an awesome name. Joe Biden might be my favorite person on the planet. Joe B.?!? It doesn’t get much better than that. . Start Joe Burrow in Week 6.

Bryan’s Take: Booker replaces Saquon Barkley, who left Week 5 after it looked like his ankle grew a second ankle. The Rams are not an ideal match-up here. Especially if the Giants are starting Mike Glennon in place of Daniel “concussion protocol” Jones. Gaskin pretty much owns the Dolphins backfield and should be used heavily against a Jaguars team that offers little resistance to pass-catching running backs.  Start Myles Gaskin in Week 6.

Erin’s Take: DeVonta Smith last week Devontae Booker this week. It’s like in elementary school when I had a class with Ava C. and Ava R., and Olivia K and Olivia P. It’s just too many Devontaes! Myles isn’t much more attractive, as a recently lost true love of my life when I had to put my dog, Miles, to sleep last month. That still hurts and will hurt forever. So, this one really comes down to last names for me. I feel a lot better about Gaskin than Booker. Start Myles Gaskin in Week 6.

Bryan’s Take: Woods finally provided fantasy players with some return on their investment with a Week 5 explosion of 12 catches for 150 yards. This obviously shouldn’t be an expected regular occurrence, but it does provide hope. Higgins returned to action last week with a ho-hum 5/5/32 stat line. It’s not a great matchup for either of these guys, I just have a little more trust in Woods’ volume to stay consistent. Start Robert Woods in Week 6.

Erin’s Take:  I wasn’t very impressed when I first heard Robert Woods’ name, but then Bryan told me that people refer to him as Bobby Trees, which is AWESOME. I really like Higgins from the Tonight Show, so Tee Higgins is a pretty good option too. It’s just nowhere near as good as Bobby Trees! Start Robert Woods in Week 6.

Bryan’s Take: Speaking of explosions, how about Kadarius Toney’s 10 catches for 189 yards last week? Woah, momma! Toney’s future is definitely bright, but his present is pretty muddy. The Giants will be without Barkley and potentially Daniel “concussion protocol” Jones. I think Toney is still a wait-and-see roster stash. The Raiders will be looking to bounce back after two embarrassing losses: one to the bears, one to morality and civility. Ruggs is racking up plenty of targets and air yards. He just needs to find the end zone again! Start Henry Ruggs III in Week 6.

Erin’s Take: Kadarius Toney is such a mismatched name. It’s just that Kadarius sets you up for something dynamic and exciting, then Toney ruins it. Are we sure it’s not Kadarius, Toney? Ruggs makes me think of either a toupee or pubic hair. So… yeah. I guess I’ll go with half exciting, mashed-up name. Start Kadarius Toney in Week 6. 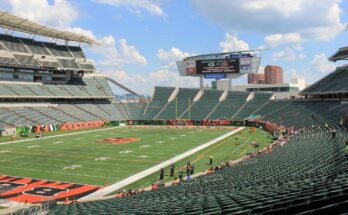