It’s fantasy football week one! Welcome, we’ve made it through the long, dark offseason and we are ready to set our lineups for week one. Not every team is perfect in every roster spot, so maybe you need a little help. Or maybe you just want to overthink things? Either way, we are here with our sleeper quarterbacks for week one of the NFL season. If this is your first time here, welcome! Each week we take a look at each position to find sleeper quarterbacks available in more than 50% of leagues. For those of you in deeper leagues, we also get you some sleeper quarterbacks available in at least 90% of leagues. These roster figures come from Yahoo!’s standard fantasy football game.

Ryan Fitzpatrick is old, yes. But that doesn’t stop us from rostering Tom Brady, now does it? Here’s the simple fact of the matter: very few quarterbacks can boast even half of the weapons Fitzpatrick has at his disposal. Let’s pad the word count a bit, shall we? Antonio Gibson, Terry McLaurin, Logan Thomas, Dyami Brown, Curtis Samuel, and J.D. McKissic make for multiple very good-to-great options at all three levels. Plus, it’s not like Fitzpatrick was bad last year, the Dolphins just jerked him around. In his games, before they played the herky-jerky move with Tua Tagovailoa, he paced out to 4,093 passing touchdowns and 27 touchdowns. The 19 interception pace gives me pause, but not enough for me to pass on Fitzpatrick entirely this year.

The Chargers aren’t the best matchup… I think. No Melvin Ingram gets offset by Derwin James’ return, and the Chargers are banking on Joey Bosa taking a step forward. Obviously, a lot can change in an offseason, but the Chargers yielded the eleventh-most fantasy points to opposing quarterbacks last season. That didn’t get any better at the end of the season when they gave up 19.9 fantasy points per game to Marcus Mariota, Drew Lock, and Chad Henne… three 2021 backups.

Pick whatever narrative makes you most comfortable and run with it. Revenge Game? Sure! Escaping Adam Gase? Why not! Being six months younger than Joe Burrow but somehow being considered a finished product while Joe Burrow gets time to learn and grow? I mean… yea! However you get to a place that gets you streaming Sam Darnold in a deeper league, I won’t argue. I’m not going to say that he’s good, but he has plenty of weapons around him (the Ryan Fitzpatrick Argument) and looked good enough in preseason.

Plus, it’s the Jets. I get that Robert Saleh is there to revamp the defense, but C.J. Mosley has played 114 snaps as a Jet since joining them in 2019. Free agent acquisitions Carl Lawson and Jarrad Davis also currently sit on IR. So, there’s only so much Robert Saleh can do when he really just has Quinnen Williams and Shaq Lawson to work with.

So, if you’re in a pinch, then Sam Darnold could be your guy this week as he kicks the organization that drafted him and mercifully moved on from him a kick in the crotch.

We’re not sure how long Jimmy Garoppolo will remain the 49ers’ starter; after all, they took Trey Lance with their next three first-round selections this year. This is a pure matchup play, as Jimmy Garoppolo isn’t the type of player to surpass what opposing teams give him. Maybe that changes with a healthy Jimmy Garoppolo playing with a healthy Deebo Samuel, George Kittle and Brandon Aiyuk for just the first time in history, but I doubt it changes that much. 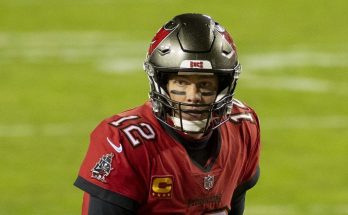