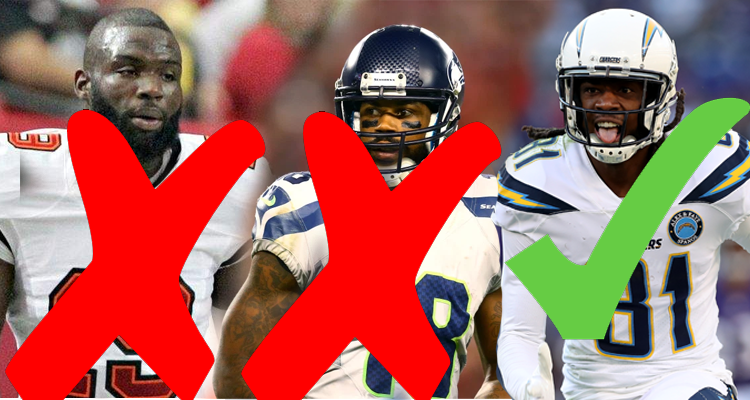 It’s that time of year once again! Football Absurdity will bring you a breakdown of every notable fantasy football-relevant player throughout June, July, and August. We’ve run through 20 quarterbacks and 40 running backs; that means it’s time to get to the deepest and most varied position! That’s right, we’re on to the wide receivers! Today we take a look at a depth wide receiver who has a chance to be a weekly starter. Does 2021 Mike Williams have a top-20 season in his range of outcomes?

Mike Williams is interesting. We expected him to put it together and take a step forward last season. After all, in year two, he had ten touchdowns. In year three, he had 1,000 total yards. We figured, what if he puts those together in year four? Well, he didn’t. Williams fell well short of that goal, with 756 yards and 5 touchdowns. It was disappointing, but he still has that potential.

First, he would need more targets. The Chargers brass seems determined to make that happen after he averaged just 5.8 targets per game the last two years. Hunter Henry walking and getting replaced with the shambling corpse of Jared Cook will certainly help matters. Jared Cook replacing Henry will also help with the second half of this equation: the touchdowns.

Mike Williams has had at least six ten-zone targets in each of his first three seasons in the NFL. Last year, his six tied Keenan Allen for the #2 slot on the team. #1? The dearly departed Hunter Henry with eight ten-zone targets. Henry’s not dead, he’s just a Patriot now (so he might as well be dead). Soaking up a -few of those ten-zone targets should bump up Mike Williams’ touchdown production.

As for the receiving yards, we do have some hope here. Williams ranked fourteenth in unrealized air yards, which is something that normalizes year-over-year (Curtis Samuel and Robby Anderson were 2020 sleepers due to their unrealized air yards). Now, unrealized air yards aren’t always just bad luck, but with Williams, that seems to be the case. Mike Williams is one of the league’s pre-eminent contested-catch receivers. According to PlayerProfiler.com, Williams finished 2020 with a dismal 27.3% contested catch rate, which ranked 95th. This was down from 2019, where his 37% catch rate ranked 24th.

Mike Williams Auction Value: $0
Draft Ranking: Find out for your league settings in a Beersheet!

Mike Williams is basically free in the second half of drafts and is the kind of Pete Alonso in the Home Run Derby swing you have to take (swing from your heels while bopping to some music). He’s pick 133 overall, which puts him in the kicker-and-defense zone. Williams goes in an area where you can’t really get mad at someone wanting to draft him, so if you want him, go get him.

Personally, Mike Williams is the perfect WR5 to have on your roster. He’s a guy who will push for weekly start consideration within the first few weeks of the season… or you can just cut him. That’s pretty much the two true outcomes with Mike Williams. He won’t be a 4/40 guy who does just enough to keep him around. Mike Williams is a boom-bust lottery ticket play, and he’s basically free to get that ticket. I’m fully onboard getting Mike Williams and seeing what happens.

I’ve said that about a few guys in this area, but especially Michael Gallup. If your wide receivers need a solid bye-week backup, then go for Gallup. If you need a guy who has a chance to kick the door down as a weekly starter, then go Mike Williams here.

You get a weekly starter in the last round, as the Chargers move him away from the boom-bust receiver mold into a dynamic athletic threat.