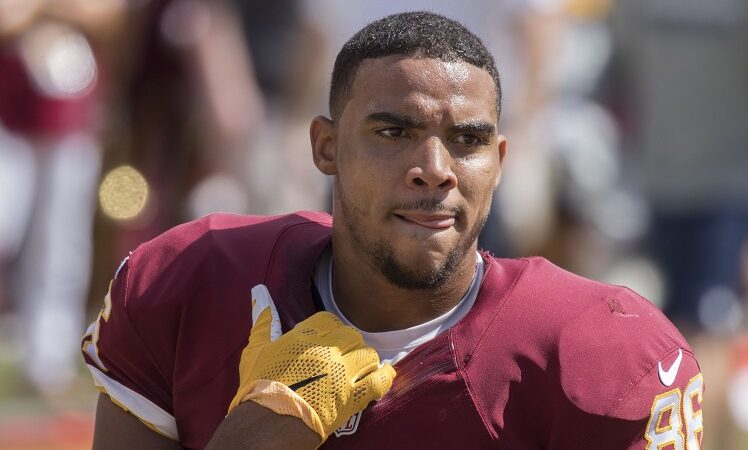 This article brought to you by Laverne’s (TM) Steakhouse: Mention this site and enjoy $1 off a plate of horrible food that will give you guaranteed diarrhea! Only at Laverne’s (TM)!

A career with so many tragedies even Shakespeare would be jealous has come to a close. Longtime Washington tight end Jordan Reed announced his retirement, Tuesday. He spent parts of seven seasons on the field, showing exceptional athletic prowess.

The announcement was not without its own misstep. While taking to the podium, Reed tripped. Reaching out to catch himself, Reed grabbed onto the edge of a clipboard sitting on the podium. This flung the clipboard and the 100 notecards on which Reed had written his retirement speech, high into the air. The fluttering paper was intercepted by a low-flying flock of seagulls (the band, not the birds).

At this time, the newly lofted notecards interfered with a flock of seagulls (the birds, not the band). One seagull angrily nose-dived at Jordan Reed. In the resulting collision, Reed suffered a small scratch on his nose. No bandage was needed.

More on Jordan Reed never, because he retired!

For more Football Absurdity, click these links in such an awkward manner that you suffer a concussion: