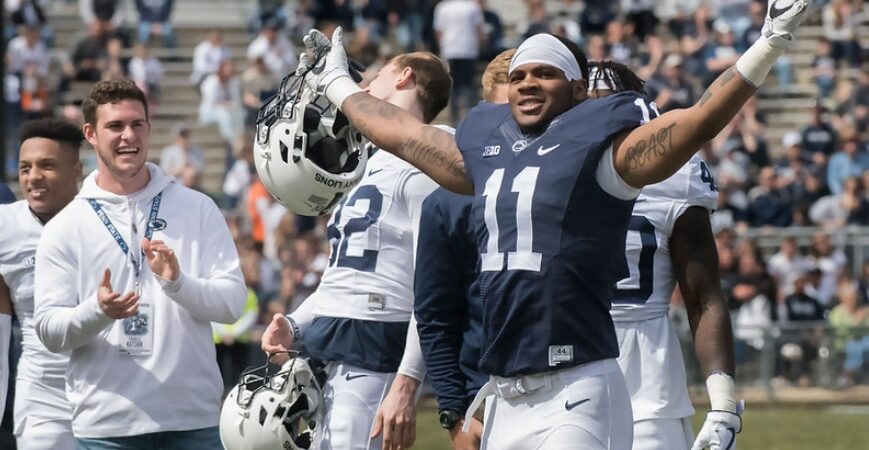 Penn State recently had their Pro Day. Aspiring NFL draft prospects could show scouts how they would do if there was a Combine. Among them was top-rated linebacker Micah Parsons.

Parsons has been predicted to be drafted anywhere between 6th overall and 31st overall. The reason for this huge variance is several questions about Parson’s character. In 2018, Parsons got into a fight with a teammate that included punching, choking, and the other player drawing a knife.

Micah Parsons recently addressed the fighting incident. “But at the end of the day,” he said, “I was a kid. I was 17-18.” However, Parsons did not respond to multiple inquiries as to how old he was at the beginning of the day.

In other Pro Day news, Trevor Lawrence threw passes for scouts on Friday. The 6-foot-6 top prospect also let down his hair a distance of 52-feet-9-inches while a local prince climbed up it.

Alabama National Championship-winner Mac Jones also did his first of two sessions for the media. After tossing several dimes, Jones turned heads by using his real I.D. and not drunk driving.

In all, lots of potential pros making scouts drool by doing stuff live that they could’ve just recorded. Good luck to all!

For more Football Absurdity, trade five box tops to the Dolphins for these 3 links: