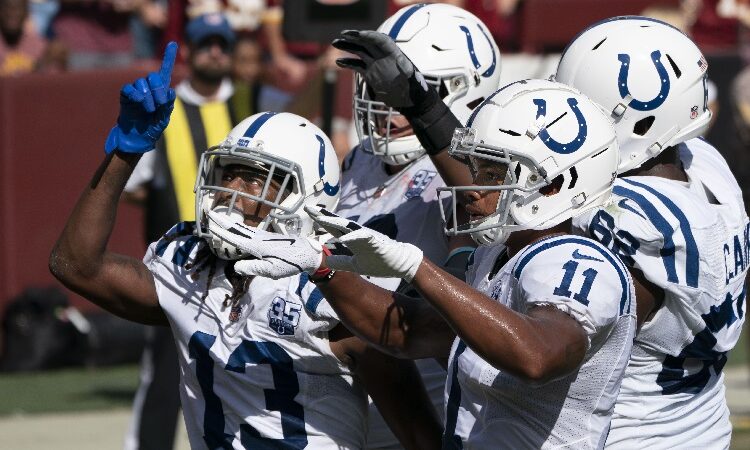 With NFL free agency hitting its second week, veteran receiver T.Y. Hilton has not signed with a team. He recently opened up to media about his absent contract, claiming it was all due to the coronavirus epidemic.

“Teams just don’t want to fly someone out in this climate.” Hilton revealed, “air travel is dangerous, as are in-person meetings and my habit of licking doorknobs.” He also said his tape probably painted him as a potential carrier, as he never got six feet of separation from any defender.

When asked if the Covid-19 protocols were also responsible for his declining stats, Hilton replied, “no, that was a different government conspiracy.” Urged to elaborate, T.Y. explained, “U.S. hotels declined 84.6% in 2020, which is rough for a guy named Hilton.”

Hilton had 762 receiving yards in the regular season. This was 41st among wide receivers but 4th among players whose names start with ty. It’s also 2nd among players whose first names start with ty and last names start with hil. But that doesn’t seem to be a priority for teams looking to shore up their wide receiver depth. Football Absurdity reached out to the Miami Dolphins. When asked if T.Y. Hilton would be a good fit for Tua Tagovailoa because their first names are so close, alphabetically, head coach Brian Flores answered, “what?”

Philadelphia was similarly lukewarm in their T.Y. interest. Our news desk reached out about Hilton replacing DeSean Jackson. We asked if this was a no-go because, despite both receivers being 5-foot-10, Jackson’s hands were 9.38 inches long as opposed to Hilton’s 8.5. In response, an Eagles representative said, “yo, I just mop the floors, dude.”

For more Football Absurdity, sign these links to a back-loaded one year deal: