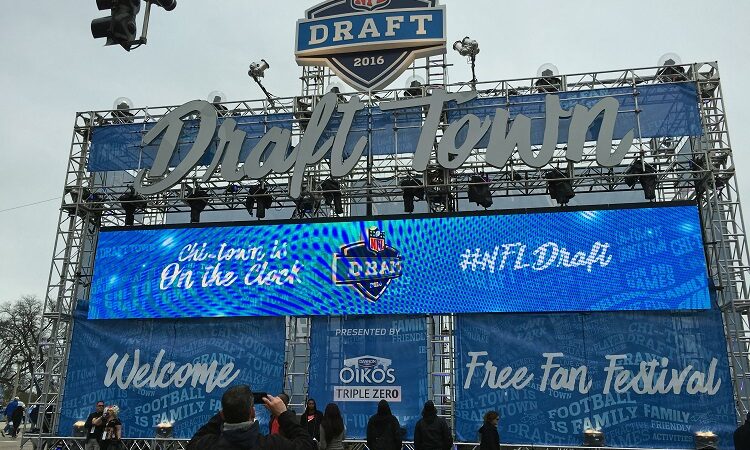 The pandemic is not quite over, and the National Football League is doing its part to prevent another outbreak. In recent years, the NFL draft was held in Philadelphia and Dallas, two cities with thriving fan bases. Then it was held in Nashville, where tourists were already in town for other events. However, concerns about a large turnout led the NFL to choose the forgettable town of Cleveland for this year’s event. The picks will be made at several buildings, one of which is called the “Great Lakes Science Center” This cements the league’s intention to hold the NFL draft at venues Midwesterners have no interest in.

Fans will be in attendance, but only if they have been vaccinated against Covid-19. This should serve as a nice reward for the nation’s first-line responders, caretakers for the elderly, and chain smokers. Peter O’Reilly, NFL Executive VP of Events, said, “Just months after executing a safe and successful Super Bowl LV, we look forward to bringing the excitement of our Draft traditions to fans in collaboration with the Browns, Destination Cleveland, Greater Cleveland Sports Commission, the City of Cleveland, and all of our local Cleveland partners.” He then added, “I think I said the word `Cleveland’ enough times to turn people off.”

No Virtual or Aquatic Plans

When asked if the NFL had considered another all-virtual draft, Commissioner Roger Goodell said, “nope!” Asked to elaborate, Goodell replied, “seeing all those coaches in their homes in casual wear was super gross.”

The 2020 NFL draft had plans to build a floating stage in the Bellagio fountain. Upon hearing their names called, new rookies would have arrived at the platform via boat. Our reporters inquired with NFL Draft coordinator, Ella Menopy, as to whether this was in store for Cleveland. She assured us that the NFL would never endanger new players by making them traverse the toxic waters of Lake Erie. More on this situation as it develops, and also on the NFL draft.

For more Football Absurdity, click these links while remaining at least 6 feet away from anyone from Cleveland: