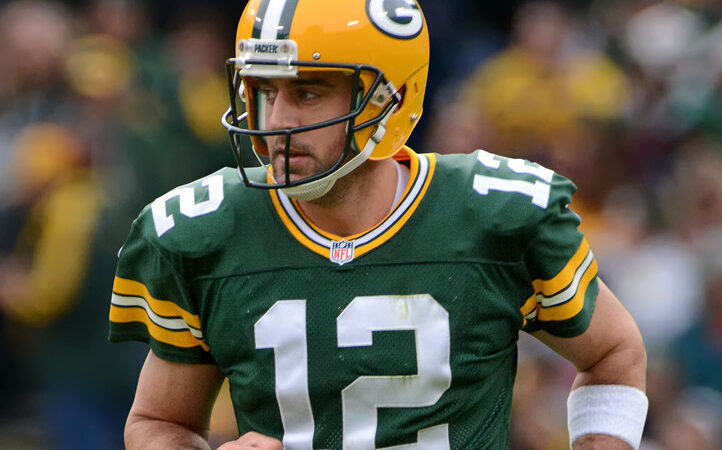 The Rams and Packers are, shockingly, not a frequent playoffs matchup. They have played each other just once in the last 50 years, in the 2001 playoffs. The Rams won that matchup en route to losing to the New England Patriots in the Super Bowl. To compare, the Packers have played the Rams’ division rivals San Francisco and Seattle four times since 2000 and the Cardinals twice. In fact, Aaron Rodgers has never gotten past the NFC West (the 49ers avenged the Seahawks’ loss last year). How do the Rams continue this streak, and how does Aaron Rodgers buck this trend in the NFC Divisional Round matchup?

How the Los Angeles Rams Win

The Rams didn’t much need Aaron Donald last weekend against the Packers. The best player in the NFL  played in fewer than half of the Rams’ snaps last week due to a chest injury. Many feared he broke ribs, but it appears to be cartilage damage only and Donald will play this weekend against the Packers. Even though he played just 30 snaps, he registered a tackle for loss, a quarterback hit, or a sack on 23.3% of his snaps. The Packers’ OL will have their hands full with Donald, and if the Rams want to win, he’ll need to end up in the backfield on one-in-four snaps yet again this week.

Fans of the NFC West lovingly call the games where Jared Goff goes into full-on meltdown mode “Jared Goof Games.” In these Jared Goof games… the Rams usually lose. Jared Goff has three games with multiple turnovers this season, and the Rams lost two of them. In their one win he also had three touchdowns, a feat he’s accomplished just twice this season. If Jared Goff has a turnover-laden meltdown as he did against the Dolphins and 49ers this season, then it’s all over. That’s doubly true when you consider that his backup is Blake Bortles. So, the Rams have to go all-in on Goff this week and limit his turnovers if they have any hope of winning this one.

The Green Bay Packers have one game plan on offense, and it’s to completely ruin your day with Davante Adams. Sure, they’ll sprinkle in some Aaron Jones and Jamaal Williams. And they’ll add a dash of Robert Tonyan. But the plan is to get the ball to Davante Adams and let him score a ton. The Rams defensive backfield is one of the best in the league and will give Adams fits. The Rams allowed the fewest receiving yards to wide receivers in 2020 and held WRs to just seven receiving touchdowns this season. It will be strength on strength, and Jalen Ramsey & Co. will need to come through for the Rams if they have a chance of knocking off the Packers in this NFC Divisional Round matchup

I am double-dipping this matchup because Adams versus the entire Rams’ defensive backfield will be the difference-maker in the game, I believe. He is the Packers’ game plan on offense. Getting the ball to Adams early and often has worked well this season. Adams led all wide receivers in touchdowns and came in a close second in receiving yards and receptions. The craziest part? He did it in two fewer games than Stefon Diggs, who led the league in receiving yards and receptions. How key is he to their victory? Two of the three Packers losses came in games where Adams had fewer than 65 yards receiving.

Oh, here come the YPC haters. It’s not a valuable statistic, they say. Runs are not created equal, they bellow. It’s me, I’m the YPC haters. Still, it’s a good place to start when sorting out whether a team, over the course of a season, can’t stop running backs. The Packers allowed the highest yards per carry in the NFC this season and ranked third overall in this category. In their three losses this season, Ronald Jones, Dalvin Cook, and Jonathan Taylor all went over 90 yards rushing. It was the bugaboo that cost them their 2019 playoff run, but they’ve stopped the bleeding—somewhat. The Packers couldn’t physically stop running backs last season but ranked eighteenth-highest in yards per carry allowed to running backs. If they stop the Rams’ RBs with a limited Jared Goff, then they can stop the Rams.

The Rams boast one of the best defensive lines in the NFL. They stifle opposing running backs, allowing the fifth-lowest yards per carry on the season, and they allowed just eleven running back touchdowns this season (tied for the fewest). The Rams ranked second-highest in the NFL with 53 sacks but were middle-of-the-road with just 142 pressures. If the Rams didn’t get home, they didn’t do much to bother the quarterback. The Packers’ OL will be tasked with stopping them (without star LT David Bakhtiari). The Packers did the best job of keeping their QB clean this season, as their 14.2% pressure rate led the league. The OL could be a bugaboo for the running game, as they allow the fifteenth-most yards before contact in the league. No matter what happens, the Packers need a strong game from the big boys upfront. 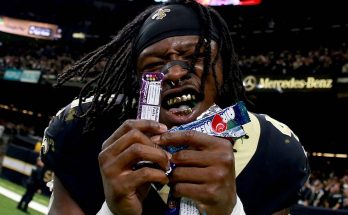