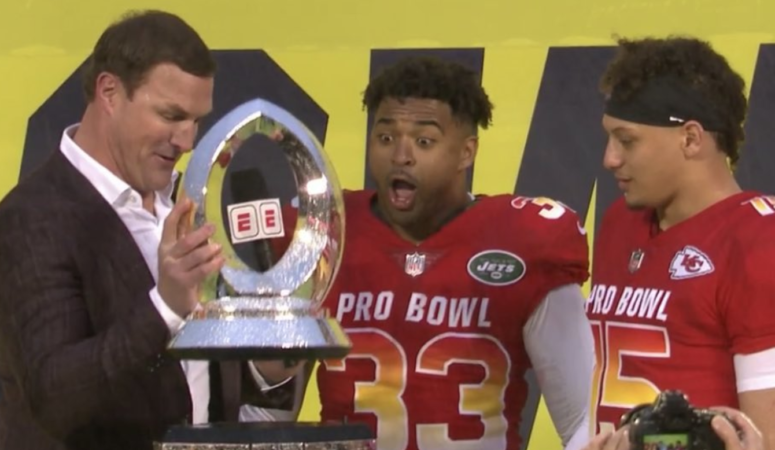 Erstwhile ESPN jibber-jabberer, former Dallas Cowboy and eternal tight end Jason Witten will play for a different franchise for the first time in his NFL career this season. Witten joins the guy he replaced in the Monday Night Football booth in Las Vegas for the Raiders’ inaugural season (if that ever comes). While I’m certain there will be back slapping and copious platitudes between Jon Gruden and Jason Witten, what does this mean for the Raiders, Cowboys, and fantasy football in 2020?

Jason Witten and the Las Vegas Raiders agreed to a one-year, $4,750,000 contract for him to muss up their whole tight end room. Witten has a long, storied career. He is one of four tight ends tied with the most 1,000 receiving yard seasons ever, and he has a chance to break that record this season. He won’t, but he has a chance to.

Jason Witten finished the 2019 season as the #12 tight end in total scoring, and #19 in fantasy points per game (half-PPR scoring). He, against all odds, had the best ability for a top-12 tight end: availability. Through the miracle of playing all sixteen games, Witten, who finished as a top-12 TE just five times, ends the year as TE12. He finished outside the top-25 at the position four times. He lived in the TE13-25 sweet spot last year, finishing in that range seven times. If you’re in a two-TE league, great! Fortunately, most of us are not that insane. Jason Witten is likely a non-factor for fantasy football in 2020.

This is where we run into problems for 2020 fantasy football. Darren Waller was a fantasy beast in the first half of the season, mostly because he was the only game in town. Hunter Renfrow’s emergence led to a huge downtick in Darren Waller’s targets. I outlined it already in What to Remember: Las Vegas Raiders last month. Here’s the long and the short of it: When Waller wasn’t the only option, the juice wasn’t worth the squeeze. Witten will likely siphon off 40 or so targets that would otherwise go to Waller, Foster Moreau, and Renfrow. The real question: can you still trust Darren Waller as a top-five TE with ten fewer targets? I won’t, at least not in 2020. Once Witten moves on and Waller is unleashed after a year of tutelage, I’ll buy that. As for 2020, he’s at the top of TE tier three for me.

The really annoying part of all this is Witten stifles the potential breakout of Foster Moreau. Moreau will still have spot value here and there, but I hope the Las Vegas facilities have a large tight end room because it’s currently overcluttered. Moreau flashed at points last season, and I had the SPARQ freak filed away as a potential 2020 sleeper, but like Waller, there’s a target problem. The Raiders will likely add another WR in the draft, which makes this whole situation muddied. It’s a good situation for the Raiders, but splitting TE targets three ways makes it harder to picture Moreau breaking out, even if Witten only siphons away 40 or so of those targets.

A lot of people are stomping their feet and clapping their hands for a Blake Jarwin breakout season. I’m going to be honest… I’m not sure if I see it. Yes, Witten was TE12 last year (for reasons already outlined), but he wasn’t ever really good. I’m concerned about taking the “just add up the targets into one guy” approach, but the Cowboys had the ninth-most TE targets last season, and Witten’s departure leaves 83 targets up for grabs. I can see a future with Blake Jarwin as a top-ten TE, and the Cowboys locking him up to a three-year, $24.25 million extension makes it likely that he is The Guy. He’s worth a shot in the Noah Fant/Mike Gesicki/Ian Thomas mold, somewhere between TE10 and TE16 or so in the preseason.