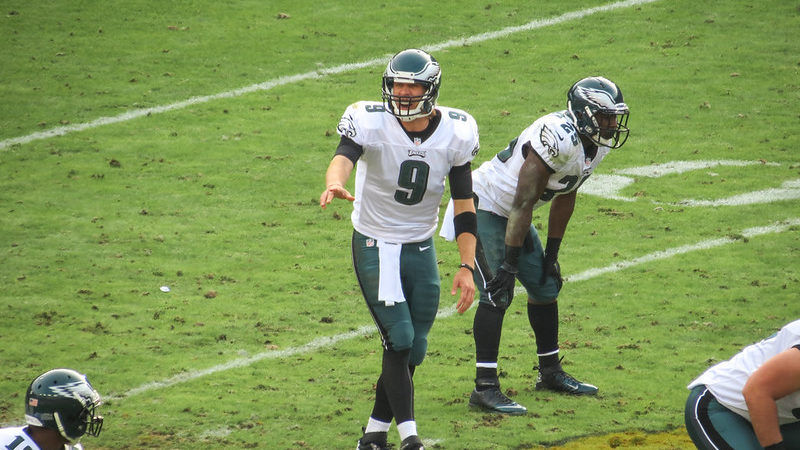 Remember BDN? He’s back, in Jaguars form! And unlike the new Simpsons in Disney+, he gets to use the full depth and breadth of the field to show off what he can do with the Jags. He played perfectly well before breaking his collarbone in an extremely quick manner in week one (5/8, 75 yards, touchdown). In fact, watch the play where he broke his collarbone, it’s an amazing touchdown pass to D.J. Chark.

This is the guy among the week eleven fantasy football quarterback sleepers that I fear will unexpectedly blow up in my face. I say that with the caveat that entering The Ryan Fitzpatrick Zone and leaving due to an explosion directed at your face is not an unexpected event. I say this because Atlanta sacked Drew Brees six times last week en route to holding the Saints to just field goals, so maybe their defense turned a corner? I’m not super certain that’s the case, and this is actually an active bet against that. Before last week, the Falcons proved themselves to be one of the league’s best fantasy football matchups for opposing quarterbacks. Before they shut down Brees, eight-straight QBs had at least two touchdowns against them (out of eight games).

First of all, I have a special message to all my Fitzmagicians out there. Now that we’ve gotten that out of the way, who’s ready to hop right back onto this roller coaster? Since taking over as the sole quarterback for the Miami Dolphins four weeks ago, Ryan Fitzpatrick has been a legitimately good fantasy football quarterback. The reason he remains as one of the fantasy football quarterback sleepers is that he has done it against absolutely insane matchups. The Bills, Steelers, and Colts are all bottom half matchups, and the Jets are outside the top-ten. He’s cruised through all those games in the way only Fitzmagic can cruise. Over the last four weeks, he’s a top-ten fantasy football quarterback. Out of options available this week due to byes and injuries, he’s fifth.

Fitzpatrick is a definite rollercoaster, but if you’re getting this deep, the end result will be at least serviceable. If you’re worried about this Bills matchup, he already torched them once this season… in their house. The Bills are also coming back down to earth, having feasted on an easy early schedule.

And what was in that shoebox?

If you’re looking for a weekly fantasy football podcast that teaches you what we look for, check out the Football Absurdity Podcast, which drops every Friday.