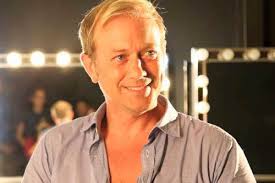 Week seven of the 2019 NFL season is in the books and you’ve made every mistake a man can make. You decided Kirk Cousins was finally worth starting… and you were wrong. You believed David Montgomery wasn’t worth starting …. And you were wrong. You thought fantasy football was fun….and boy, were you wrong.  You and your team have utterly failed in week eight. Lucky for you, there are waiver wire options to save you from yourself. If I don’t mention someone whom you think I should be talking about, just know there are many reasons why I overlooked them. Maybe they are owned in most leagues. Maybe they are so bad I don’t even consider them. Maybe it’s because your opinions cannot be trusted. After all, you are here. So let us examine what our best week nine waiver wire players for your championship run are…

Should I Pick up Derek Carr? – Owned in 22% of leagues – Let’s play fantasy football like it’s 2016 because Derek Carr is starting to play like he did during his almost-MVP season. Over the last few weeks, Carr has looked good. He’s thrown for multiple touchdowns in four of the last five weeks and his schedule over the next four weeks is favorable. If you need quarterback help, Derek Carr is likely your best option on the waiver wire.

Should I Pick up Sam Darnold? – Owned in 19% of leagues –  Sam Darnold has sucked the last couple of weeks, but nothing will bring you out of a slump like the Miami Dolphins. And the rest of his schedule is almost as favorable. Over the next six weeks, the Jets will be facing four teams that have given up top-five performances to opposing quarterbacks. And the other two teams are the Giants and Washington, who are terrible in their own rights.

Should I Pick up Daniel Jones? – Owned in 28% of leagues –  Daniel Jones was the best quarterback of week eight, which begs the question “should I claim Daniel Jones on waivers?”  No.  No, you should not. This week he gets the Dallas Cowboys, who allow the fourth fewest fantasy points to opposing quarterbacks. It doesn’t get much easier after that, with tilts against the monster defenses of Green Bay and Chicago. Wait a few weeks, he’ll get dropped, then look to stash him to use versus Miami in week 14.

Should I Pick up Derrius Guice? – Owned in 29% of leagues – If you are desperate for running back help, Derrius Guice has to be your number one waiver priority. Guice is finally back at practice in Washington. He is probably the best back left on the waiver wire with a chance of being a plug-and-play running back. That is until he gets hurt again. He’s still worth a flyer because if he doesn’t get hurt, he has RB1-upside.

Should I Pick up Mark Walton? – Owned in 23% of leagues – With Kenyan Drake traded, Mark Walton will be the main back in Miami. This would be good news if it weren’t for the fact that he is the lead back in Miami. If you are looking for shares of the Miami Dolphins offense to salvage your season, you are probably destined to lose.

Should I Pick up Chris Conley? – Owned in 7% of leagues – With Dede Westbrook injured, a spot has opened up in a Jacksonville Jaguars offense that has been very friendly to its wide receivers. In week eight, Conley had four catches for 103 yards and one touchdown. He appears to be the next man up in Jacksonville, so if you need a receiver, Conley is a solid addition.

Should I Pick up Danny Amendola? – Owned in 10% of leagues – Over the last two weeks, Danny Amendola has 16 catches for 200 yards. His target share during the span has been the most of any Lions receiver. The way Stafford is slinging it, having his receiver can only be a good thing, although Amendola is the third receiver worth owning in Detroit. I probably wouldn’t use a waiver on him, but I would consider picking him up as a free agent.

Should I Pick up Jonnu Smith? – Owned in 10% of leagues – Tight ends suck, but so long as Delanie Walker is injured, Jonnu Smith sucks less than most.