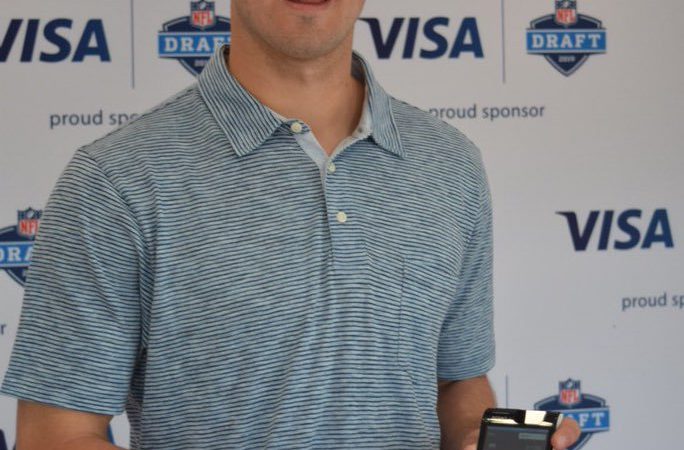 The quarterback situation here pertains mostly to two-quarterback fantasy football leagues. Outside of Eli Manning being the current presumptive starter, there is no reason for Eli Manning to go above Daniel Jones. Maybe the name value? Daniel Jones does have an extremely tertiary friend of the protagonist sounding name, so maybe that’s it. Anyway, Daniel Jones is Eli Manning, but if he could run around a bit. Jones certainly wasn’t worthy of the #6 pick, but he’s definitely better than Eli Manning. That is damning with faint praise.

Do like I did in the Scott Fish Bowl (humblebrag) and snag Daniel Jones in your two-quarterback leagues. One of two things will happen this year: Eli Manning will suck out loud and never be a player that you should start in your fantasy football leagues, despite never touching the bench, or Eli Manning gets benched for Daniel Jones, and you can get his 13 or 14 fantasy points a week along with a few more for his rushing totals. Neither of these guys is great, but at least Daniel Jones can run the ball, a la Lamar Jackson and Josh Allen last season.

After three seasons of being in and out of being under Odell Beckham’s shadow as the more talented of the two players consistently nursed injuries, Shepard now enters the season as the WR1 in New York. Forget that he has Eli Manning as his quarterback; that’s the only quarterback he’s ever known (outside of the weird idea that Geno Smith should start a game… what a punch in the mouth to Eli). There’s an easy path to seeing fantasy football production that far outweighs what he’s already done: what he’s already done.

Without Odell Beckham, Jr., Shepard garnered a sixteen-game pace of 137 targets. With these 137 targets, he turned in 68 receiving yards a game (but a paltry 3-touchdown per sixteen game pace). That having been said, those 68 yards turn out to be 1,088 receiving yards over the course of a season. Call it 80 catches, 1,088 receiving yards and… 6 touchdowns, and that’s 12.25 fantasy points per game for 2019. That would have been WR22 in 2018, and that is an incredible value for the #37 wide receiver coming off the board.

[UPDATE: July 29 – Sterling Shepard broke his left thumb on Thursday, July 25, putting his availability for the season opener in doubt. Buy the dip, as the bitcoin boys say. He’s going to come back and be the #1 target for the Giants. Let his broken thumb be a value for you, as there won’t be much to “work back” from and a broken bone means he’s unlikely to miss more than the first 2-3 weeks of the season.]