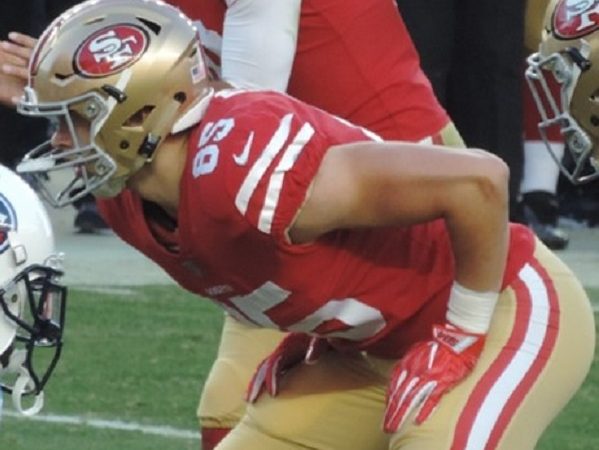 Overview: Kittle hit the top tight end tier last year with an impressive breakout season. Now in his third year and with QB Jimmy Garropolo returning to the lineup, Kittle looks to expand on a 2018 season that saw him garner an insane 857 yards after the catch on the season.

One of the tools of a winning fantasy football team is to catch a rising player for a value that reflects last season, but not the next. In terms of George Kittle’s current ADP and AAV, he is that player. While Kittle probably won’t equal his insane 1,300+ receiving yards from 2018, it’s important to note that he had this monster season with garbage at quarterback. Now that Jimmy Garropolo is back under center, we could see Kittle racing past Travis Kelce to become the top fantasy football tight end. We’ll gladly take him in the third round or the mid $30s.