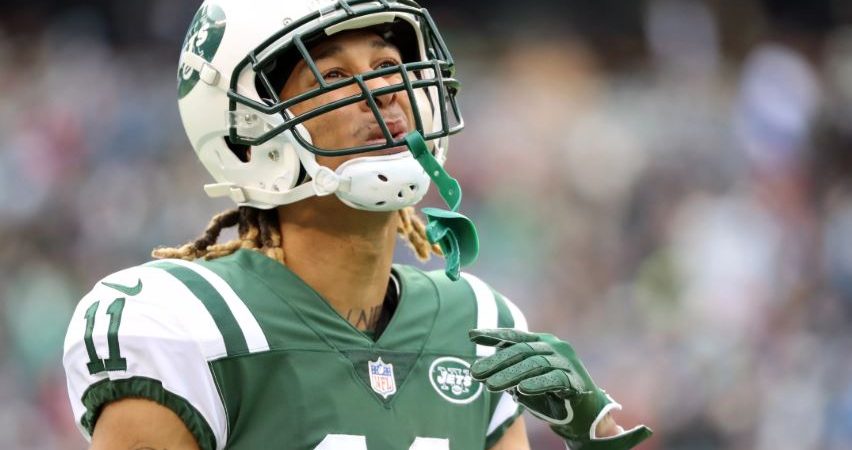 Robby Anderson had one good game between week one and week thirteen, showing the full ineptitude of the New York Jets offense. He’s surged in the last couple weeks, alongside Sam Darnold getting his injury shored up and his head on straight. Anderson has 18 targets in his last two games, which he’s used to put together 172 yards and two scores over the last two games. These were both in difficult matchups at Buffalo and versus Houston, both of which are two of the worst WR matchups. This week, he gets a much better matchup against the Pack. Green Bay allows the fifth-most fantasy points to WRs, a rank that’s crept upward after their baffling midseason trade of Ha Ha Clinton-Dix to Washington. Since week nine (the first game without Clinton-Dix), The Wisconsin Cheese Dudes have allowed eleven 9+ fantasy point games to wide receivers, which makes anyone facing them a good candidate to make a WR sleepers list. Robby Anderson is on a roll, so he gets the nod here over Quincy Enunwa and trashman extraordinaire Jermaine Kearse.

Our brains are so broken from the complete garbage the Buffalo Bills put on the field to start the season that we are sleeping on guys that would have flown up WR sleepers boards if they’d had these runs at the start of the season. Robert Foster has at least 94 yards over four of his last five games, topping 100 yards three times. He has three touchdowns in that span. He had a big fat dud game week 13 against Miami, but other than that, he’s been incredible since returning from getting cut by the Bills. Right now the Bills offense (especially without Shady) is a Josh Allen run or Josh Allen bombing it out to Robert Foster. Everyone wants to wet their pants over Kenny Golladay, David Moore, Curtis Samuel, and Michael Gallup’s (more on him in a second) air yards, but Foster has more air yards than all of them over the last four weeks. The Patriots, for their part, allow the ninth-most

What if I told you Michael Gallup had as many air yards as Amari Cooper since the trade that brought Cooper to Dallas? I would be lying, but what if I told you that? Well, it’s actually not that far off. Gallup averages just ten fewer air yards per game than Cooper, and actually did lead him in air yards before getting blanked last week. So, pretend I gave you the hypothetical last week. Air yards are the reason for the seasons in WR sleepers, and given what Amari has been able to do with his, you can see that Gallup has a big opportunity in his volume versus his production. This week, Gallup and his big air yards take on the Tampa Bay Buccaneers. They’ve been better against WRs lately, but they still allow the sixth-most points to the position on the season

Need more sleepers advice like this? Check out our other week sixteen articles below!
Just Get Josh Allen Already, Sheesh (QB Sleepers)
From (k)A(len) to ZZ (RB Sleepers)
The Reassuring Warmth of Accepting Futility (TE Sleepers)