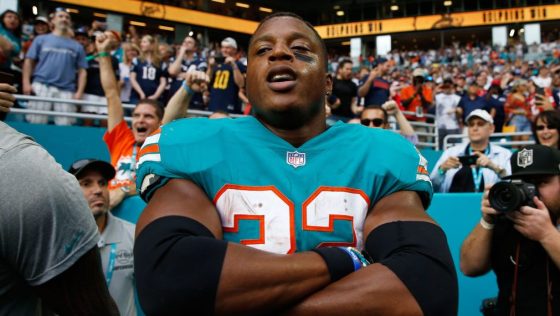 Week 14 is almost behind us and with it your belief that you can properly evaluate fantasy players. Some of you thought Kenyan Drake couldn’t walk on water. And you were wrong. Some of you thought nobody could stop the Rams offense. And you were wrong.  Some of you thought fantasy football could be fun. And oh boy were you wrong. If I don’t mention someone whom you think I should be talking about, just know there are many reasons why I overlooked them. Maybe they are owned in most leagues. Maybe they are so bad I don’t even consider them.  Maybe it’s because your opinions cannot be trusted. After all, you are here. So let us examine what our best week 15 waiver wire players are…

Should I Pick up Lamar Jackson? – Owned in 48% of leagues – If you are desperate for a week 15 streaming option at quarterback, Lamar Jackson is your man. Over the last three weeks, he’s put up low-end QB1/high-end QB2 numbers. This week, he is playing a Tampa Bay Buccaneers team that has given up the 4th most fantasy points to opposing quarterbacks.

Should I Pick up Josh Allen? – Owned in 15% of leagues – I am not as confident as I was a week ago that he is a trash quarterback, but I still wouldn’t start him in my fantasy playoffs. His rushing yards are the only thing keeping him in the conversation

Should I Pick up Kenneth Dixon? – Owned in 5% of leagues – With Gus Edwards nursing an ankle injury, Kenneth Dixon appears to be a larger part of the Ravens game plan. If you are desperate for running back help, you probably won’t find a better option than Kenneth Dixon on your waiver wire.

Should I Pick up Elijah McGuire? – Owned in 9% of leagues – Elijah McGuire is a guy I have liked in New York. I especially like him if Isaiah Crowell remains on the sideline. Monitor Crowell’s status for week 15. If Crowell is out, McGuire should be in.

Should I Pick up Kenny Stills? – Owned in 28% of leagues – Now that Ryan Tannehill is healthy, Kenny Stills is worth monitoring if you need receiver help. He is the clear number one in Miami and probably the most talented wide receiver you can find on your waiver wire. The only concern is he has a tough playoff schedule.

Should I Pick up Robert Foster? – Owned in 1% of leagues – For some reason, Robert Foster appears to be Josh Allen’s favorite receiver. Further proof that you can’t trust Josh Allen’s decision-making.  Then again, over 90 yards in 3 out of his last 4 games probably makes him a legitimate flex option.

Should I pick up Ian Thomas? – Owned in 16% of leagues. – Ian Thomas is like Greg Olsen, only Thomas has a functioning foot and way less talent.  Thomas is also playing a Tampa Bay Buccaneers team that has given up the 4th most fantasy points to opposing tight ends, so if you need help at tight end, you need to roster Ian Thomas.