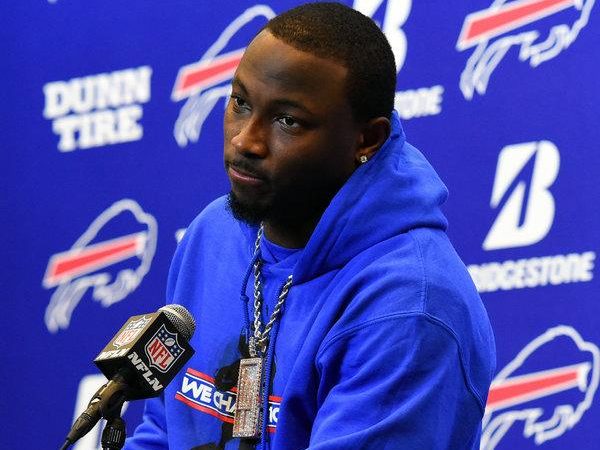 Week twelve is upon us, which means that some of us are just two games away from worrying about our fantasy football playoffs. If you’re still reading this, congratulations, the marginally-long slog of the fantasy football season hasn’t broken you yet. Every week, we at Football Absurdity like to highlight players with marginal matchups that you might get a wild hair about. We hope to provide you with some basic facts to help you inform your start or sit decisions. These guys have bounced between high-end RB2s and unstartable RB3s all year. Their matchups this week make it more likely that they end up RB3s than startable assets.

All Day has turned into more of an “Every Other Day” sort of running back in his time with Washington. He’s had some massive breakout performances peppered around six and seven-point days in half-PPR. He isn’t really involved in the passing game (1.8 targets a game), so that limits his point upside in any sort of PPR leagues if he doesn’t score, or if his matchup stinks. Last week, he “feasted” against the Houston Texans, and by that I mean “had 3.1 yards per carry wallpapered over by two touchdowns.” He wasn’t actually all that amazing last week, outside of two somewhat easy touchdown runs. Peterson hasn’t been great since running for 149 yards, managing just 3.09 yards per carry after his big game. This follows his pattern from last year, where he burned bright with the Cardinals before imploding in on himself like a neutron star. This week, he gets a Cowboys team that has allowed the twelfth-lost yards-per-carry over the last five weeks. They’ve also allowed the ninth-fewest fantasy points to RBs over that span, with very little of it coming on the ground. With the passing game the realm of Kapri Bibbs and Chris Thompson, that leaves little production left for Adrian Peterson. Ultimately, however, the decision to start or sit Adrian Peterson comes down to two words: Colt McCoy. Sit.

This one is a little rough and comes down to the uncertainty swirling around the Seattle backfield. While it’s hard to believe in any of them, if you have to believe in one, it would be Chris Carson. While the Seahawks have leaned on Carson, he hasn’t been dependable on a week-to-week basis. He has four double-digit fantasy days in half-PPR this season, and three games where he hardly gets enough carries to register on fantasy radars. It’s extraordinarily difficult to nail down a good game to predict whether to start or sit Chris Carson, and in deeper leagues, you have no choice but to roll him out there. If you have a choice whether you should start or sit him this week, it’s a good week to sit Carson. He gets a Carolina defense that has given up the sixth-lowest yards per carry to opposing running backs over the last five weeks, and that includes a game where the Steelers tore them apart. Like Adrian Peterson above, he doesn’t get involved in the passing game, so it’s running game only for Carson. With absurdly low yards per carry allowed recently, and only three rushing touchdowns allowed since their week four bye, it will be an uphill climb for Carson. In some leagues, you may have no choice but to start him, but try to sit him this week if you have the chance to. His upside is a back-end RB2… if he scores.

When deciding to start or sit LeSean McCoy, consider this: No team has allowed fewer fantasy points per game over the last five weeks than the Jacksonville Jaguars. Only six teams have allowed fewer yards to opposing RBs, and only one team has allowed fewer RB touchdowns to the position. But other than that, the matchup looks pretty great for McCoy! The rolling poop show that is the Buffalo Bills host the Jags this week, and with maybe Josh Allen/maybe Matt Barkley/maybe anyone but Colin Kaepernick under center on Sunday, things aren’t likely to get much better for the Bills. McCoy got 26 carries last week, and the Bills are yet to give him more than sixteen carries in consecutive games. He should see a reduced load against the Jags, as the Bills & Jacksonville have an impotency-off against strong defenses. I just don’t trust McCoy to be able to repeat his strong performance last week. This is most likely because he hasn’t been able to have any sort of sustained success at all this year. With the Jags on the docket, I wouldn’t trust him anywhere but on my bench. Try to stay away from McCoy if you can help it, and sit him this weekend. Though it will be a close one.

All of these guys should be backend RB2s or high-end RB3s this week, and none should destroy your week. However, I would shy away from them, if possible. If I own all three, I would start them in this order: