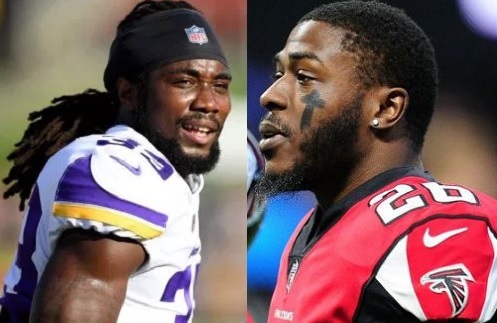 The Falcons have been a tough nut to crack. They look like a Super Bowl contender one week, then go on to lose to the Browns (the BROWNS!) the next. With Devonta Freeman out for the year, it looked like “the Tevinator” was gonna feast as a lead back. But it’s consistently been a 60/40 split between Coleman and the rookie Ito Smith, keeping TV in hit or miss RB2 territory. It’s frustrating… he’s maybe the best complementary back in the league but has had trouble translating that into full-time starter success. Plus, this week’s matchup against the Cowboys is tougher than it looks. They don’t give up a lot of yards on the ground with only one hundred-yard rusher allowed all season. So, if you’re deciding whether to start or sit Tevin Coleman and have better options, I’d sit Coleman on the bench.

“It’s been… 11 weeks since I drafted you…” Oh, Dalvin Cook. The everlasting tease who seems to constantly be on the verge of maybe, possibly, perhaps one day, being ready to play a full game. Okay, we know he’s close, and he actually looked pretty explosive a few weeks ago. Now with a bye week of rest and months of rehab behind him, the Vikings are finally ready to take off the bubble wrap. Only problem is he’s got Khalil Mack and the Bears waiting for him on the other side. Chicago’s defense this season is 3rd against the run and has only given up one TD on the ground, so it’s gonna be tough sledding for the Vikings ball carriers. This will be a great opportunity to see how Cook’s workload is distributed with Latavius Murry and if he shows any lingering effects of his hamstring injury. But you’d have to be low on other options to consider starting him with much confidence this week. So, I recommend you take Dalvin Cook and put him back in the bubble wrap for one more week as you sit him in your lineup.

Both of these guys are not the best starts, but if you’re looking to decide who to start or sit between Tevin Coleman and Dalvin Cook, I would rank them as: