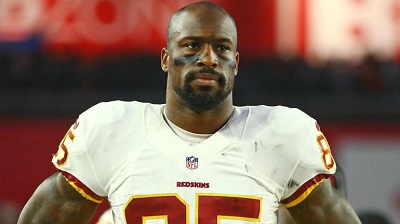 Every week, we try to help you find QB sleepers that have great matchups that could make the difference between victory or defeat in your fantasy football matchup. To make the list, these week 10 QB sleepers have to be unowned in at least 50% of Yahoo! leagues. For deep leaguers, we find one guy available in at least 90% of leagues. Good luck, and as always, if I screw anything up, I will return every penny you paid me for my opinions.

This ownership percentage tells me that half of Yahoo! leagues have enough players that have packed it in for the year. He should be near-universally owned, as nothing has changed with his situation or usage now that he’s returned from injury. Doyle returned last week to seven targets, right in line with the 7.5 he averaged before getting hurt. He turned that into six catches for 70 yards and a score. The 6/70 is pretty much par for the course for Doyle. This week, he gets a Jacksonville defense that is in the bottom quarter of the league in terms of fantasy points allowed to opposing TEs, but that’s only on paper. Only two tight ends have really been used a significant amount (more than five targets), and one went for 100 yards and the other for 26 yards and a touchdown. This is a hidden good matchup for Doyle this week, and the perfect person to pluck off the week 10 TE sleepers list and place into your lineup for the rest of the year.

The twelve-fingered wonder let down his disciples the last two weeks, turning in just 8.1 and 8.2 fantasy points, respectively. Still, he’s scored or had at least 62 yards in his last four contests, which is some decently reliable production. The only question is with the quarterback change; Sam Darnold and Herndon had a mind-meld once Herndon got back from injury, and Josh McCown under center might not have the same understanding of Herndon’s katra. If the Jets have any chance of beating Buffalo through the air on a play-by-play basis, it will be through the tight end. The Bills stifle opposing QBs, but give up touchdowns to TEs. If things continue as they have in New York for Herndon, then he’s a no-brainer for the week 10 TE sleepers list. I just hope he can keep it up against Buffalo.

If Jordan Reed doesn’t play, then consider Vernon Davis a must play. Last week, he received more targets than Jordan Reed for the first time this season. The Buccaneers allow the second-most fantasy points to the position, and only two TEs have failed to pull off at least 13.2 fantasy points against them in half-PPR. Jordan Reed is descending, and Davis is taking his spot. Davis is winning the war of attrition among Washington pass catchers, and you should reap all the benefits of that this weekend. You can read a more in-depth analysis of Davis here.