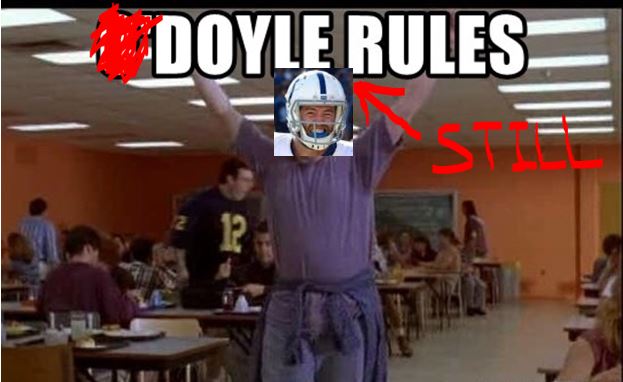 Week nine is almost behind us and some of you are starting to appreciate that this is a passing league.  Yet you can’t help but wonder why you are not allowed to pass on picking a tight end. Some of you thought Kyle Rudolph would have to score a touchdown eventually. And you were wrong. Some of you thought Jared Cook could actually be trusted. And you were wrong. Some of you thought fantasy football could be fun. And oh boy were you wrong. If you have read my waiver wire articles before, you know I don’t believe in burning your waiver priority on tight ends. They are the hardest position to predict. But if you insist on wasting everyone’s time, there are plenty of waiver wire tight end options available to disappoint you in new and exciting ways. If I don’t mention someone who you think I should be talking about, just know there are many reasons why I overlooked them. Maybe they are owned in most leagues. Maybe they are so bad I don’t even consider them. Maybe it’s because your opinions cannot be trusted. After all, you are here. So let us examine our best week 10 waiver wire TEs…

Jack Doyle – Owned in 39% of leagues – Jack Doyle has been hurt for so long, people have forgotten that he is actually a pretty good tight end. In week eight, Jack Doyle gave fantasy owners a little reminder to the tune of 6 catches for 70 yards and 1 touchdown. If you need help from week 10 waiver wire TEs, you aren’t going to find a better option than Jack Doyle. (If this sounds familiar, it is because this is what I wrote word for word last week about Jack Doyle. I can’t believe you are making me repeat myself.)

Chris Herndon – Owned in 13% of leagues – For the last two weeks, I’ve written about how Chris Herndon has been getting more opportunities in the Jets passing game. In week 9, he caught 4 of 4 targets for 62 yards. While he didn’t have a touchdown, he has still been a TE1 in three of the last four weeks for the Jets. Basically, if you need consistent production from a tight end, Herndon should be on your radar.

ABSURDITY CHECK AKA Can You Name That Obscure Tight End?

Jeff Heuerman – Owned in 4% of leagues. – The week nine winner of the “Tight End who puts up ridiculous numbers that you have never heard of” goes to Jeff Heuerman.  Heuerman led the Broncos with 11 targets.  His final stat line of 10 catches for 83 yards and 1 touchdown was very impressive. The question is whether this was a one-off week of production or if this is a direct result of the Demaryius Thomas trade.  I would need to see him produce like this another week before I burned a waiver on him.