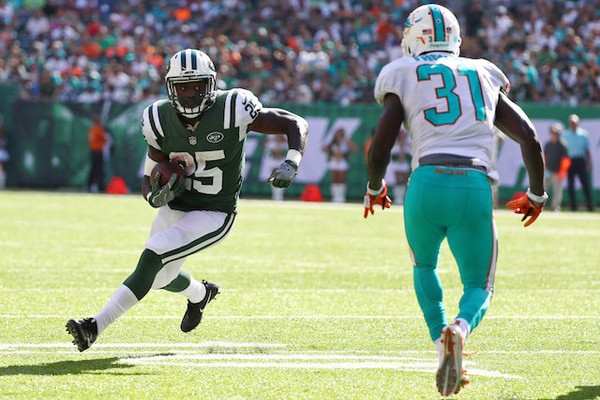 Week nine is almost behind us and with it your belief that the running back you drafted will ever play football again. Some of you thought you could finally trust Chris Carson. And you were wrong. Some of you thought Mark Ingram would pick up where he left off last season. And you were wrong. Some of you thought fantasy football could be fun. And oh boy were you wrong. Lucky for you, there are waiver wire running back options available to save you from yourself. If I don’t mention someone whom you think I should be talking about, just know there are many reasons why I overlooked them. Maybe they are owned in most leagues. Maybe they are so bad I don’t even consider them. Maybe it’s because your opinions cannot be trusted. After all, you are here. So let us examine our best week 10 waiver wire RBs…

Elijah McGuire – Owned in 12% of leagues – The New York Jets just activated Elijah McGuire from Injured Reserve and placed him on their 52 man roster. While he only produced 67 yards from scrimmage, he did out-snap Isaiah Crowell. While nobody in their right mind wants shares of the New York Jets offense, McGuire has the chance to be their lead back down the stretch. Before his injury in the preseason, many considered McGuire to be the best back on the Jets roster. Since half of the running backs in the NFL are already dead, you would be foolish not to take a long, hard look at the guy who is finally healthy. I think McGuire might be one of the more valuable waiver wire RB acquisitions in the second half of the fantasy season.

Duke Johnson, Jr. – Owned in 49% of leagues –For weeks, fantasy owners have been waiting for Duke Johnson, Jr. to be relevant. All it took was the firing of Hue Jackson and Todd Haley. In week nine, Duke Johnson had 9 catches for 78 yards and 2 touchdowns. If you are in a points per reception league and need running back help, Duke Johnson, Jr. is definitely someone you should be targeting among week 10 waiver wire RBs.

Ito Smith – Owned in 38% of leagues –While Devonta Freeman has been out, Ito Smith appears to be locked in as the third-down back in Atlanta. In week nine, he had 10 carries for 60 yards and 1 touchdown. He is also one Tevin Coleman injury away from being a lead back.  If you need help from week 10 waiver wire RBs, he should probably be on your roster.