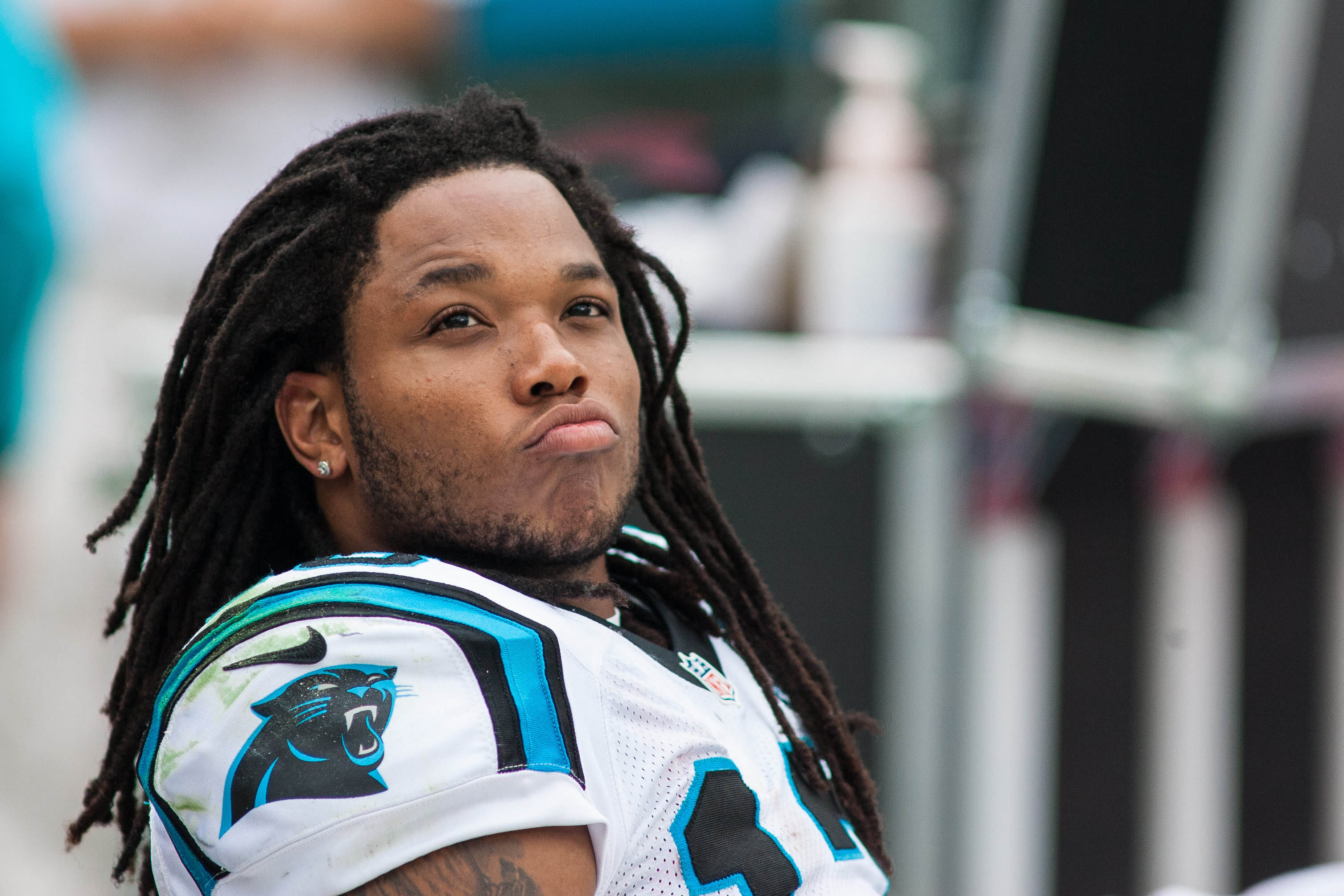 Every week at Football Absurdity, we hope to provide you with actionable fantasy football advice. Whether it’s our weekly waiver wire pieces, or our start/sit guides, or our sleepers pieces. We are here to try to make sure that you do whatever you can to transfer blame for losing from your decisions onto us, as the advice-givers. It’s okay, we’re big boys, we can take it. The sleepers pieces outline players at every position each week who are available in at least 50% of Yahoo! leagues for you to snatch up. We have been around enough fantasy football players to know that people like to brag and boast about how our WR sleepers are not available in their league (weird flex, but okay). For those guys, we offer players available in at least 90% of Yahoo! leagues. If those guys can’t help you, may we offer you a position here at Football Absurdity to dispense advice?

Chris Godwin graduated out of the WR sleepers article, so the newest guy who bumps up against 50% ownership is Danny Amendola. With Kenny Stills and Albert Wilson both toast, the Dolphins turn to Danny Amendola and DeVante Parker. Given DeVante Parker’s history, they will turn shortly to just Amendola. Danny’s targets have ramped up over the last few games, averaging eight per game after topping out at six in the five games prior. He’s getting the Jarvis Landry role I had anticipated he would fill, and he’s doing well enough with it. He fell one yard short of double-digit days in three straight weeks but remains a PPR/half-PPR machine. This week, he gets a banged up, battered and bruised Jets secondary, who is top-ten in fantasy points allowed to wide receivers. They’ve allowed thirteen games this year where an opposing wide receiver has scored a touchdown or passed 100 yards against them (or both!). That’s a juicy week 9 WR sleeper matchup for Amendola, despite his quarterback’s undeniable inherent flaw (being Brock Osweiler).

Geronimo Allison popped up on the injury report yet again (and is doubtful to play). In his absence, MVS has posted an average of 72 yards and has scored two touchdowns in three games for the Packers. This week, they get a top-ten matchup on the week against opposing WRs, with the Patriots allowing at least one double-digit fantasy game a week to wide receivers this season. The game plan with the Patriots is to scheme away from the opponent’s best player. Good luck scheming away Aaron Rodgers, so that leaves Davante Adams receiving the full bore of Bill Belichick’s wrath. With Adams firmly under BB’s Master Hand, that leaves MVS to smash (bros). MVS will remain on this weekly WR sleepers list as long as Cobb, Allison, or anyone else ahead of him on the depth chart is banged up.

First off, let me do this with a deep sigh. I’m just going to power through this. Benjamin is one of the league leaders in air yards market share, and there isn’t anyone to steal targets from him in Buffalo. He has at least five targets in all his games but one. They take on a Bears team that allows the eighth-most fantasy points to wide receivers, including nine games of a touchdown or 100+ yards to wide receivers through their first seven games.  If you need a week 9 WR sleeper to get you five points, then Kelvin Benjamin will get you five points. If you need someone to get you ten points, then Kelvin Benjamin will get you five points. Just hope he scores a touchdown, I guess. He certainly is a player who isn’t expected to do much, which makes him on the list of week 9 WR sleepers.