Unless you’re a Houston Texans or Miami Dolphins fan, there is no reason for any rational person to watch this matchup. They are not good teams, and they are not rivals. The only household names on either team are J.J. Watt and Frank Gore. Gore is only a household name because he’s a bajillion years old. There was no reason to watch any of this Thursday Night Football game, let alone all of it. Anyway, I watched all of this Thursday Night Football game. This matchup was between a good-not-great team and a downright awful team starting Brock Osweiler, so it went as expected. Yet another wonderful Thursday Night Football game for the NFL to vomit out to the masses. Yet another team full of follies and errors for me to recount to you in Thursday Night Farceball. If you did the smart thing and decide to just check the box score, here is what you missed. Hint: it’s a lot of dumb penalties and insane ref nonsense because that’s all this game was! Should be called Thursday Night Refball.

Enjoy this one, you monsters, since you don’t get another Thursday Night Farceball for two weeks. I’ll be on assignment next week, and by assignment, I mean getting drunk in the parking lot of Levi’s Stadium for Niners-Raiders on Thursday Night Football.

GET OFF ON THE RIGHT FOOT
The NFL rejiggered its kick off NFL rules this season, making illegal formation penalties easier in the name of player safety. This isn’t really a problem because usually the players, and the referees, are good. Unfortunately, that was not the case tonight. An illegal formation penalty on the opening kickoff saw the Texans re-kicking to the Dolphins.

Here’s the kicker… that’s a live ball penalty. There was no clock reset. The NFL gods spared us by not giving us the six seconds of the game back. For good measure, the Texans then got an illegal formation penalty on the ensuing kickofff.

The drive ended on a turnover on downs.

Didn't count, but the Texans mean business on defense 👀 https://t.co/bsD6A0dv6d

NOT SO FAST
Entering half-time, the Texans chose to kneel the ball and head into the locker room. Everybody was ready to get on with their half-time adjustments and work. Then, in true refball fashion, the referees decided they needed some more screen time. An illegal formation penalty! On a kneel down! The NFL equivalent of an intentional walk. I’m fully convinced the ref that got fired this afternoon was a test balloon to justify firing this crew.

THE GREATEST CATCH THAT NEVER WAS
This play did not count due to offsetting penalties. Those were offensive pass interference on Nuk Hopkins, and illegal contact by Xavien Howard. Personally, the refs should have eaten the flag on the grounds that this catch was “cool as all hell.”

I’ll be watching this on repeat for like the next 20 years. pic.twitter.com/k8CwJZR6J0

I AM SO SORRY FOR A DARREN ROVELL TWEET
That’s how cool this play was. I just can’t get over it. It rules.

When the real game somehow has a Madden glitch.... pic.twitter.com/27QSintm1u 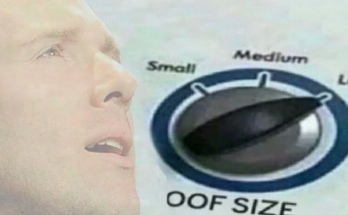 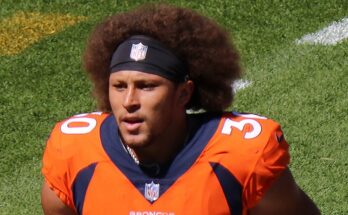