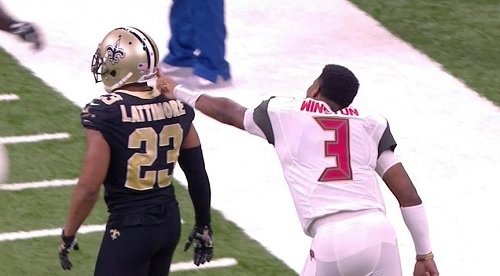 It feels like the fantasy football season just started, but this is the last week where we can consider ourselves in the midgame. After this week, you’re entering the last third of your fantasy football regular season, and you have to start thinking of things on a week-to-week basis. Thankfully, we always think of you when considering our week-to-week propositions. Our goal is to help you make the hard start or sit decisions every week. We consider six players at all positions, helping you decide if you should start or sit them. Without further ado, in the first half of our start or sit quarterbacks piece, we help you decide if you should start or sit Mitchell Trubisky, Jameis Winston, or Andy Dalton?

Trubisky has been on a freaking roll as of late, as that is the lightest adjective you can use for a guy with twelve touchdowns in three games. Granted, one of those games was a six-touchdown effort against Tampa Bay. Still, three touchdowns a game in the other two games isn’t much to sneeze at. He’s also thrown for 300 yards in those three consecutive games, and finally seems to be rounding into shape as the QB we all made a super lazy and forced Jared Goff-Sean McVay-Jeff Fisher comparison to thought he could be this season. On the season, the Jets are middling against the quarterback, but they are #7 over the last three weeks, allowing 306 yards and 2.67 passing touchdowns per game. Trubisky is on a roll, and if you’re trying to decide to start or sit Mitchell Trubisky this week, go ahead and keep him in your QB slot and start him.

Winston has made only two starts this season, but what a two starts they were. He turned in a masterful 395 yards and four scores at Atlanta two weeks ago. Last week he failed to throw for a touchdown, and still managed to end as QB6 on the week. This week he gets a Bengals team that did its normal Bungles act on Sunday Night Football this week but has also been the fourth-best QB matchup in the league over the last five games. The only guy to not end up with at least 18 fantasy points against them in the last five weeks was Ryan Tannehill, and every other touchdown has gone for at least 350 yards passing or multiple touchdowns against Cincy in the last five weeks. If you’re considering whether you should start or sit Jameis Winston in his third start this year? Start him, he should do great.

If Jameis Winston has a good matchup, Andy Dalton has the tastiest matchup on earth. The Red Rifle shot his eye out last week, doing his Primetime Andy move on SNF at Arrowhead. Prior to that game, he had fewer than two touchdowns just once and had multiple interceptions in just one game (the same game). If we’re being completely honest with ourselves, the Buccaneers probably don’t even try on defense. In four-point per passing touchdown leagues, only Nick Foles hasn’t gone for 20 fantasy points against this D. The following is fun with numbers (as to the defense Andy will go up against this week): four-of-five QBs have at least 330 passing yards against them, and all five also have double-digit scores. Bucs, your defense, woof! While Andy Dalton’s bad week last week should have you questioning whether you should start or sit him. For me, I’d run him right back out there and start him.

All three of these guys are good starts this week, but it’s possible you need to decide who to start or sit among the three. For my money, I would start them in this order: