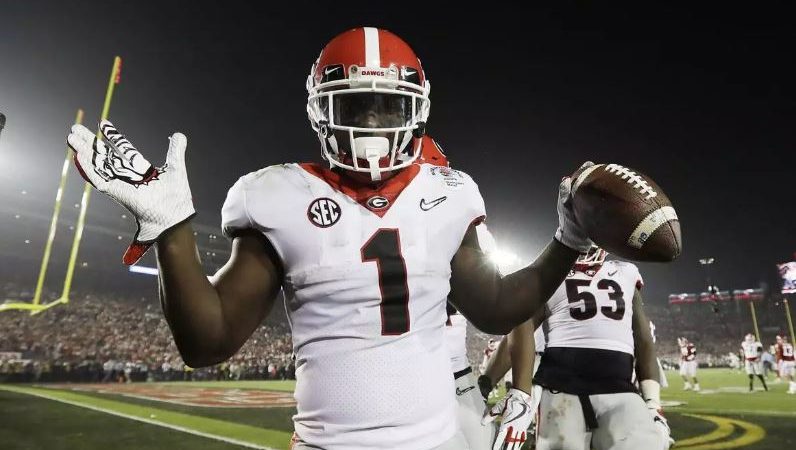 Through three weeks, fantasy football running backs are certainly going as we all expected. Your leading rusher is Matt Breida, and your rushing touchdowns leader is Carlos Hyde. Le’Veon Bell still hasn’t played, David Johnson is the RB20, and Adrian Peterson is RB6. Just like we all thought would happen. That doesn’t even account for potentially multiweek injuries to Devonta Freeman, Dalvin Cook, Joe Mixon, and Leonard Fournette. So far, running back has been a crapshoot outside of Alvin Kamara and Todd Gurley. With all the tumult happening in the running back ranks, it’s likely you have to make a decision you never thought you would make… like Phillip Lindsay or Kareem Hunt; these decisions suddenly carry a ton of agitation. Well, I guess it becomes an easy one if any random joker can become a starting caliber QB in any given week. Here at Football Absurdity, we want to help you work through your difficult start/sit decisions in any given week. This week we tackle the age-old question: Do I start or sit Sony Michel as the New England Patriots host the Miami Dolphins?

As always, the hard part with Bill Belichick running backs is assessing the workload coming their way on any given week. The backfield was a mess to start the season, but then the Pats cut Mike Gillislee, Jeremy Hill tore his ACL, and Rex Burkhead tumbled backward onto the IR. Now only Sony Michel and James White (and Kenjon Barner) remain in the Patriots backfield, and Belichicanery is left powerless to muck around. That means a lot of touches for Sony Michel this week. He’s already on an upward trend, notching 12 opportunities in week two and 17 in week three (he missed week one). He hasn’t broken through yet, averaging just about 3.5 yards a carry. That’s to be expected, he’s essentially going in cold. He’ll need a below-average run defense to really get his feet under him. And that, my friends, is what they call a transition.

The Miami Dolphins are a below-average run defense so far this season. They’ve allowed a running back touchdown in each of the three games so far this year. They haven’t yielded big days to both halves of platoons, but that’s because the second half of the platoons they’ve played this season suck out loud (Derrick Henry and Isaiah Crowell). This week, the 150 yards they yield to running backs should be split nearly evenly between Michel and James White. The big money will come when they are on the goal line, which is Sony Michel territory (unless it’s the Super Bowl). This is exactly the type of defense that will allow Sony Michel to get the ball rolling, which tips the scales when deciding to start or sit Sony Michel.

It’s been tough sledding for the Sony Michel faithful, but it’s time for him to ascend to his rightful place at the head of the Patriots running back Cerberus. His touches have increased each of the last two weeks as he works into game shape, and he takes on a bottom-ten defense at stopping running back fantasy football production. If you’re questioning whether you should start or sit Sony Michel as a flex or a desperation RB2, I would go with a start. He has a lot of yards ahead of him and a good chance of scoring a touchdown.

Having more start or sit troubles in week four? Try these articles: