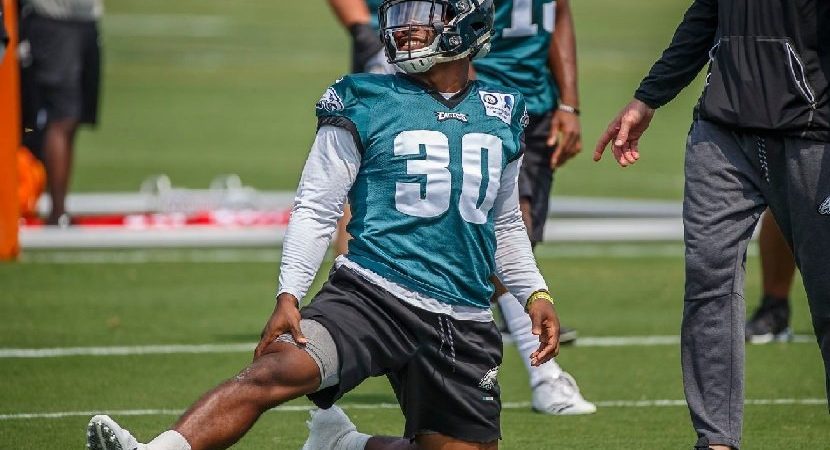 This is the last week where streaming will be a luxury for you, not a difficult decision that you have to make because you’re an idiot and drafted an entire team with the same bye week. That having been said, there isn’t a reason why you shouldn’t look towards one-week options if you feel like the guys you drafted stink out loud. These week three RB sleepers will help you fill the gaps if you missed out on Phillip Lindsay, or if your running back has a bad matchup this week. To make the week three RB sleepers list, the player must be available in at least half of fantasy football leagues. For the “that player is available in your league? Pfft, I’d like to play in your league” crowd. First of all, calm down. Second of all, there’s a guy available in at least 90% of leagues so shut up about it. Ownership figures are as of Friday morning and are sourced from Yahoo! fantasy football leagues.

HUGE DISCLAIMER: Sony Michel at Detroit (75% owned)
Sony Michel’s breakout game is coming this week. His ownership is too high to make this list, but as of writing, he’s available in one-of-four Yahoo! fantasy football leagues. If you’re in one of those leagues, go snatch him up. Last week, Bill Belichick had Michel on the field for 13 snaps. He had ten carries and two targets. For those of you who aren’t great at math, the Pats went towards Sony Michel 92.3% of the time while he was on the field. That’s a lot. The Lions spent the first two weeks of the season letting anyone with an RB designation absolutely gash them, so this is a recipe for Sony to finally put up video game numbers (get it?!).

Corey Clement versus Indianapolis (45% owned)
Jay Ajayi is banged up and won’t play. Darren Sproles is already hurt (shocking) and won’t dress either. The Eagles signed a practice squad RB to rotate with Wendell Smallwood behind Clement. With Carson Wentz returning and likely being eased back in with Mike Wallace out as well, it’ll be a huge workload for Clement, who averages 5.1 yards per carry on the season. The Colts allow the ninth-most fantasy points to running backs this year, including 90+ yards each to both versatile backs they’ve played this year (Joe Mixon & Chris Thompson).

Latavius Murray versus Buffalo (43% owned)
Does Buffalo boast a real NFL defense? A real NFL offense? They are unquestionably one of the two worst teams in the league alongside the Arizona Cardinals. The Vikings are likely to boat race the Bills, and will likely give Murray a huge part of the Dalvin Cook/Latavius Murray timeshare this week as they work Cook back in from his knee injury last year. Murray has 15 carries on the season at 4.1 per carry. The Bills are otherworldly bad, but some numbers for you: they’ve yielded four touchdowns to four different RBs thus far this season through two games, and 10+ fantasy points in PPR to all four of those backs. Murray should do some work this weekend.

EDITOR’S NOTE: DALVIN COOK WAS OFFICIALLY RULED OUT BY MIKE ZIMMER AS I WROTE THIS. RUN TO YOUR FREE AGENCY POOL AND GET LATAVIUS MURRAY

Ito Smith versus New Orleans (5% owned)
With Devonta Freeman out for this weekend, look for Ito Smith to continue to be the Tevin Coleman to Tevin Coleman’s Devonta Freeman. A sneaky stash in sleeper leagues, Smith profiles closely to Coleman and will be his heir apparent next year as the Falcons let Coleman walk (or if they tire of Freeman’s nagging injuries and let him walk). For this year, he worked in last week at 5.4 yards per touch on ten touches, including a good chunk of hard-fought yards. This game is likely to be high-flying, which means lots of opportunity for Ito.

For more articles like “Week Three RB Sleepers,” check out these: