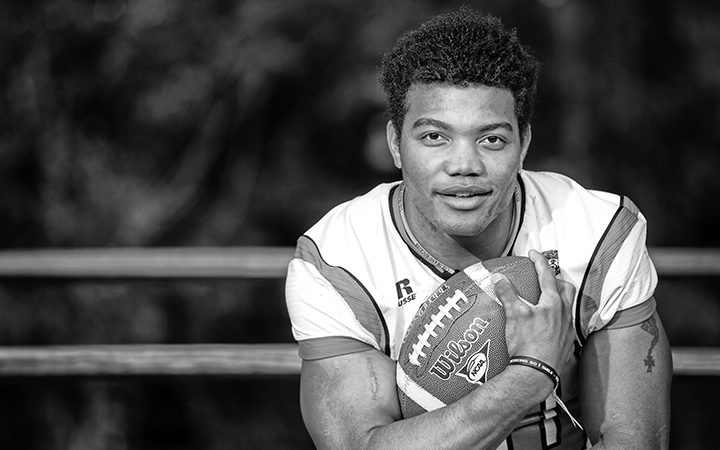 Derrius Guice, Running Back, Second Round
Full disclosure on me & the NCAA: I don’t watch it. I think it’s an evil organization that exploits football players for the promise of another organization paying them at some point down the line. Therefore, I don’t watch it. I don’t follow it. When draft season rolls around I’ll watch cutups on draft-eligible players, then read up on the player to see what holes I am missing, narrative-wise. Derrius Guice is the biggest 180 that you can do if this is your method. The first game I watched was Guice against Alabama, where he was absolutely obliterated. No cutbacks, no halfway decent moves, just moving forward as best he could. My notes were, “Dime Store Chris Carson.”

Luckily, my second game was Notre Dame and my third Ole Miss, from the 2017 season. Talk about A Tale of Two Cities, with these games being the best of times. Injuries limited Guice in 2017, but when he was good, he was good. In the games where he was hampered by injuries, he would need the line to make him some space to set him free, but when he was right… he made his own space. His receiving skills are a question mark, with pundits divining whatever they want to see out of his tape. The fact that he works magic once he’s in space certainly helps. He doesn’t move out of piles too well, but like my Saquon Barkley assessment, that’s just picking nits.

He’s extraordinarily talented, and butts up against Saquon Barkley as the best back in the class. His situation is a little iffy, as the backfield still has Chris Thompson, Samaje Perine, and Rob Kelley. He should ditch Kelley and Perine as easily as he casts aside would-be tacklers in the open field. Thompson’s third-down back role makes him harder to shake, meaning Guice might be limited to a two-down banger to start the season. Eventually, talent will win out and Guice will get the lion’s share of the touches, but it’s going to be annoying watching him jog off the field for Thompson if you own him.

Right now, Guice is the #41 player off the board per fantasypros.com average draft position. That’s a bit steep for my blood, but going as the #21 running back, and the third rookie RB off the board, it makes more sense. Players getting Guice are likely trying to strike out at a potential top-fifteen back in the fourth round after getting a couple WRs and maybe a Gronk. He’s the top of the Guice/Rojo/Michel/Freeman rookie tier going RB20-30, and he belongs there. With the news about Chris Carson potentially stealing from Penny, the one thing Penny has over Guice might be gone. Once camp battles shake out, he could easily be the second rookie running back off the boards in your drafts.

Long answer: Quit LSU after two seasons to go to SMU to get targets; got a 35% target share and managed to go from 22 career receptions to 136 in one season. Decent enough at breaking tackles but a full 20+ seconds on his highlight tape is replaying him running past a DB who bit on play action, leaving 2018’s Mr. Irrelevant wide open. He’s a small slot speedster without speed or separation. Washington will bury him on the depth chart. So, again: no.