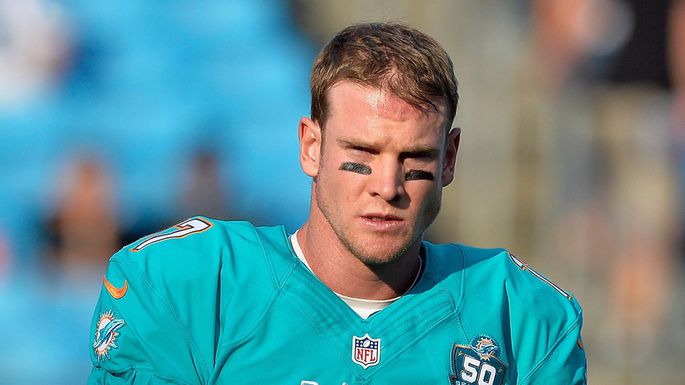 If you want your quarterbacks to have personal experience playing wide receiver, then this fantasy football Ryan Tannehill player profile is for you. As we gear up to the start of the NFL season, Football Absurdity is going to bring you a comprehensive breakdown of every notable player that will be available in fantasy football drafts.  When you don’t see us talking about Christine Michael or Mike Davis, don’t get mad at us for neglecting your favorite sleeper.  Get mad at yourself for having bad taste in football players.

Fantasy Football Ryan Tannehill Overview: Ryan Tannehill is coming back from an ACL injury, but his fantasy numbers weren’t really that impressive before he got hurt.  Truth be told, if he were going to be a viable fantasy quarterback, he would already have proven himself by now.  Nobody is saying this is the year Russell Wilson, Kirk Cousins or Andrew Luck will break out because they already have.  If Tannehill was going to break out, he’d have done it by now.

Fantasy Football Ryan Tannehill Strategy: I’m not drafting him in 1 QB leagues.  In 2 QB leagues, I might pick him up as a third quarterback, but only if everyone else I like is already gone.

Ceiling: I think the best you can hope for is for him to be average this year, ranking around 15th among starting quarterbacks.

Floor:  What will actually happen is he will tear his ACL again and Dolphins fans will wish they had drafted a quarterback.