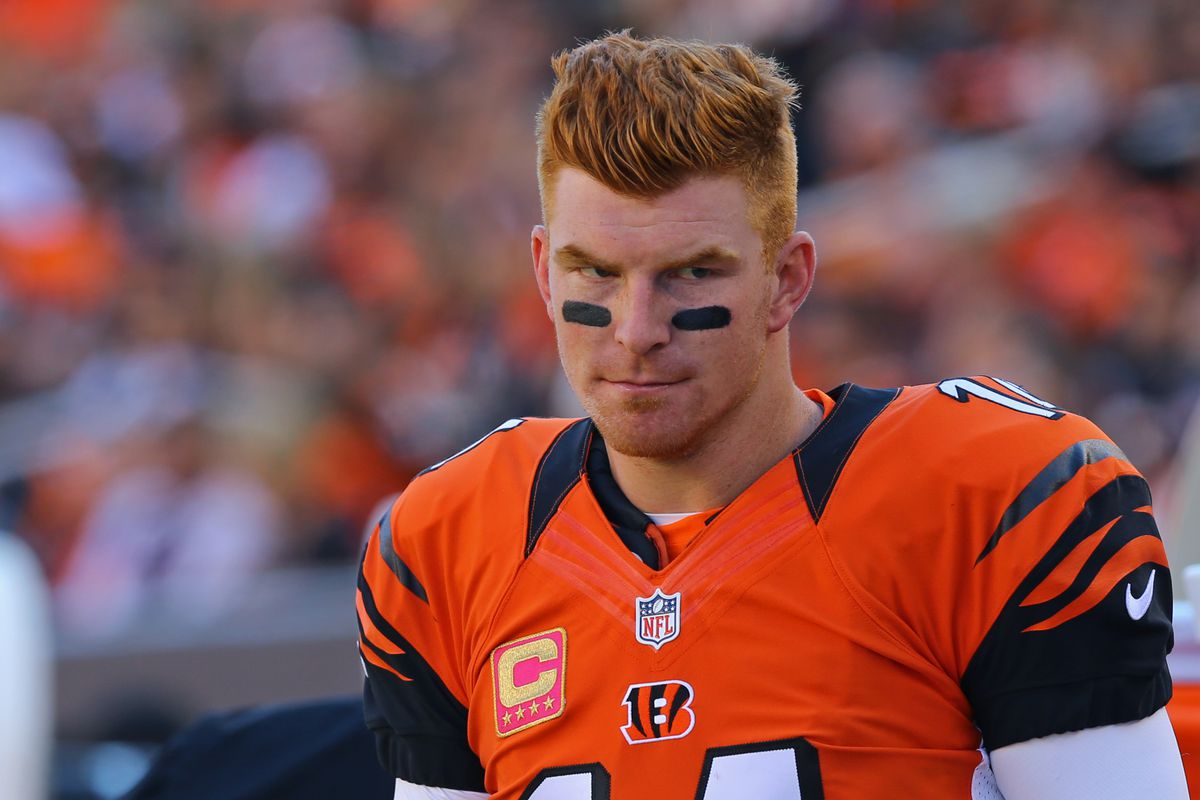 Try to be happy that you get to read all about the Red Rocket in this fantasy football Andy Dalton player profile. As we gear up to the start of the NFL season, Football Absurdity is going to bring you a comprehensive breakdown of every notable player that will be available in fantasy football drafts.  When you don’t see us talking about Christine Michael or Mike Davis, don’t get mad at us for neglecting your favorite sleeper.  Get mad at yourself for having bad taste in football players.

Fantasy Football Andy Dalton Overview: Andy Dalton is as good as his surrounding cast.  With AJ Green, Joe Mixon, Giovani Bernard, Tyler Eifert and John Ross, the Bengals could have an incredibly dynamic offense.  At his current ADP, there is a lot of value to be had from him.  The problem is, Eifert and Ross both have extensive histories of injury and Mixon is one dumb decision from being out of the league.  So there is a lot of volatility in the expectations of that offense, but at his current ADP, he could be a worthwhile gamble.

Fantasy Football Andy Dalton Strategy: Andy Dalton is definitely someone you should be keeping an eye on.  Odds are, he will not be drafted in 1 QB leagues. But if his offense clicks early, you will want to be ready to grab him off the waiver wire.  In 2 QB leagues, I would definitely take a late round flyer on him.  He is fairly consistent, with a talented surrounding cast.

Ceiling: If Tyler Eifert and John Ross stay healthy and produce to their talent level, Andy Dalton is a mid-range QB1.

Floor:  When have Tyler Eifert and John Ross been healthy?  Dalton will be a match-up based play throughout the season or a bye-week fill-in.