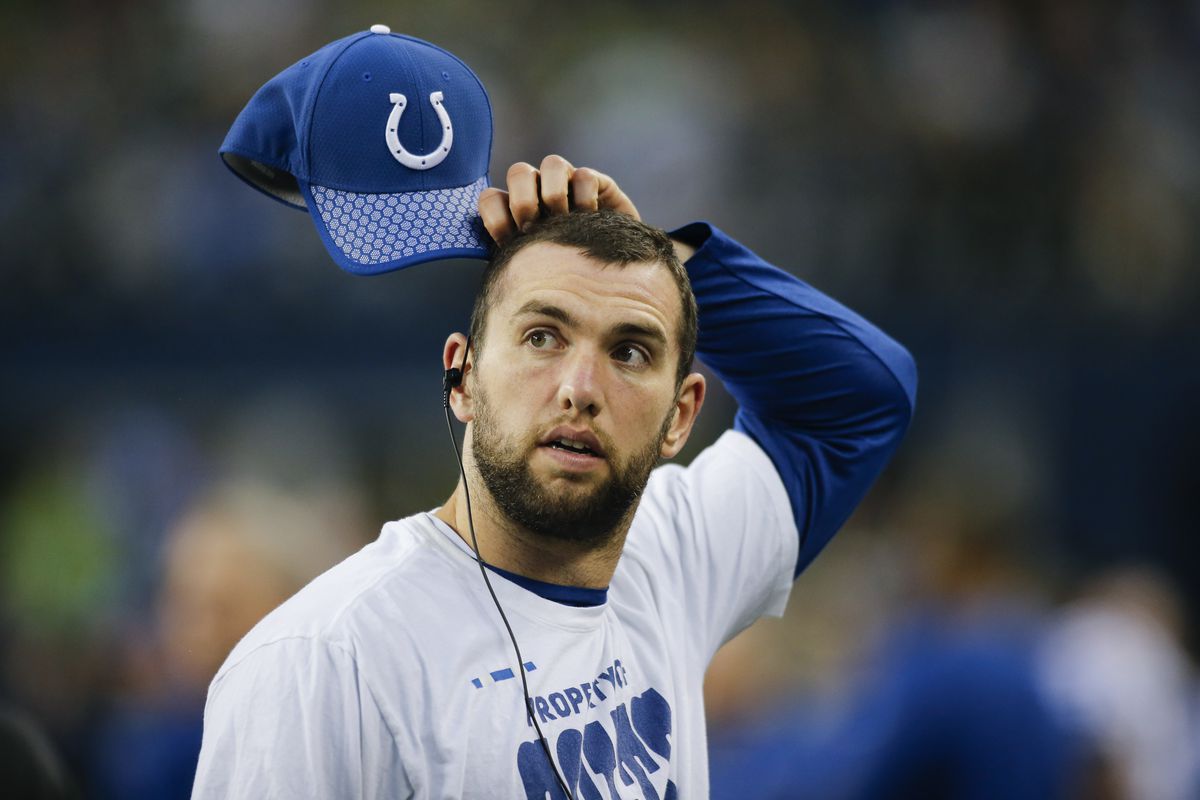 The only thing badder than this fantasy football Andrew Luck player profile is his throwing arm. As we gear up to the start of the NFL season, Football Absurdity is going to bring you a comprehensive breakdown of every notable player that will be available in fantasy football drafts.  When you don’t see us talking about Christine Michael or Mike Davis, don’t get mad at us for neglecting your favorite sleeper.  Get mad at yourself for having bad taste in football players.

Fantasy Football Andrew Luck Overview: Andrew Luck is perhaps the most interesting quarterback prospect in fantasy football this year.  When healthy over the past five years, he has a floor of 18 points per game and a ceiling of 22.  The only quarterback who has similar stats is Aaron Rodgers.  Andrew Luck is an elite player when healthy.  He is dominant.  He is a play-maker.  However, he might also be dead.  We still don’t know if he is going to recover from his shoulder injury and come back to form.  But at his ADP, who cares?  He has tremendous value.  Just make sure you have a backup plan if you decide to draft him.

Fantasy Football Andrew Luck Strategy:  If you decide Andrew Luck is a guy you want, look to make your move for him in the 8th round to ensure you get him.  Then grab someone in the next couple of rounds as a contingency plan who has a higher floor, such as a Matt Ryan or Philip Rivers.

Ceiling: If Luck fully recovers from his shoulder injury, you are getting a top-three fantasy quarterback.

Floor:  What will end up happening is your playoff chances will be as dead as Andrew Luck’s arm.