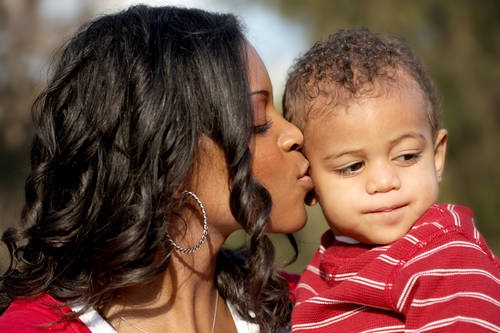 Gentlemen,
It has come to my attention that you did not include my son (Mike Davis) in your week 14 sleepers list. In fact, you were the only site on the entire Internet who did not talk about my son last week. Yes, I did check every. single. site.

You did however, cower behind your monitors of fancy computers and write a scathing analysis of Mike’s so-called “value.” This is very misinformed, did you even have sources (Wikipedia?) Mike has gone through so much, but because his life can’t be put in your fancy numbers, it doesn’t matter to you, does it? Most certainly, he does not need anyone to stick up for him, because he has me. So I thought I’d show you how to write a decent article that shows my precious gift from God in a fair and balanced light.

I remember little Joey from down the street. “Don’t swallow your gum, little Joey!” I used to say, “or else you’ll get a head injury!” Well, apparently he didn’t listen, as Joey got a head injury. He’s a lovely boy, and never got mixed up in any trouble (like this horrid kneeling nonsense). I fully expect him to play, although I will be watching the situation closely with a mother’s love.

Despite what God says about Muslims, I feel that everyone deserves a chance. Little Amy has missed two weeks with a neck injury, but I used my natural talents on HTTPS:\\WWW.GOOGLE.COM to learn that he has 100% recovered. Go ahead and select him for your football fantasy this week.

Aaron… Aaron… wasn’t he that chubby little boy who would skip out on his Sunday School lessons to go behind the church and play jacks? Now he has a broken clavicle, my how the tables half-turned. Sure, he’s said he’s clear to play, and will be starting this weekend, but can you really trust someone like that? Once a jacks man, always a jacks man, as my father (Jack Davis IV) used to say to me.

They should call him Back Hurts because his back is hurt. But it’s not his back that is hurting, but his CTE (science word for brain). It must have caused him to swear something fierce, because he was sent to the cussin’ protocol. This week, he did clear the cussin’ protocol, so I do expect to see him play (and his hurt back, haha!)

Coach Sean McVay says he expects little Robert to play this week. And one thing I always taught Mikey is that you always listen to your coach: No matter whether you have a limp, a rash, a concussion, or bulimia. If Robert is a good boy who was raised right, he’ll be on the field five minutes before his team gets the ball.

For more stuff about my special little guy (like the week 15 injury report), check out these links:

Fantasy Football Absurdity Check: Is Mike Davis Overrated? (Hint: No he is not, good sirs!)

2 Comments on “Week 15 Injury Report: None of These Football Guys Are Better than Mike Davis”