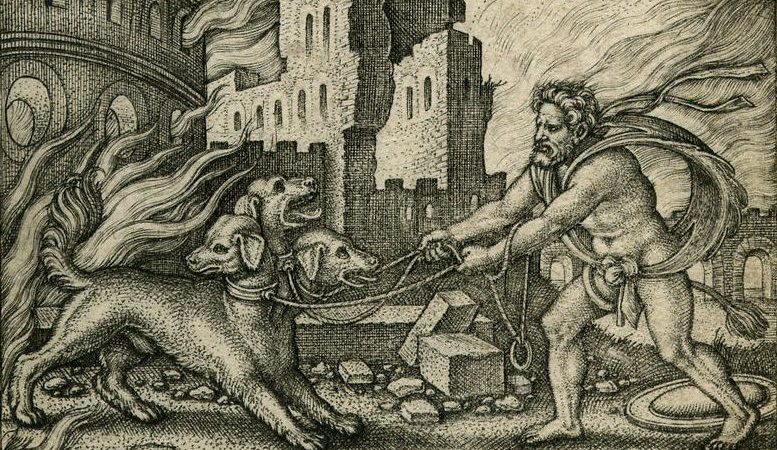 In Greek mythology, Cerberus is the multi-headed canine guardian of the Underworld. Cerberus is the trusted hound of Hades, the Greek god of the dead and overseer of the afterlife. If you were trying to escape from the Underworld, then you met the wrath of Hades and Cerberus. In modern NFL terms, Bill Belichick, the ever-sunny and upbeat head coach of the New England Patriots is Hades, and his Cerberus is the multi-headed backfield of Mike Gillislee, Dion Lewis, Rex Burkhead and James White. Trying to figure out which one of these guys are going to be fantasy viable on a week-to-week basis seems as futile as Hellenic souls trying to cross through the gates of the Underworld to the land of the living. Let’s try to sort out this messy backfield situation, and attempt to overcome Belichicanery.

First, let’s pour one out for Mike Gillislee and get him out of the way. He had four touchdowns in the first two weeks and has had none since and has lost snaps to everyone else. Those four touchdowns are still good for #7 among running backs this season, despite not scoring in over two months and being a healthy scratch last week. He’s out, and he should be off all but the deepest of rosters.

Then we have Rex Burkhead, Dion Lewis and James White. Probably the best way to demonstrate their ability to produce would be snap counts, so here’s a (Gillislee-free) charting of snap counts by game. Remember that Rex Burkhead started the season a little banged up in weeks one and two and missed games three through five entirely:

This tells me a few things. First, James White had an exceptionally huge snap count for most of the season. What you can’t see, since we got rid of that chump Mike Gillislee, is that Lewis & Gillislee’s snap counts were basically inversely related. In short words, Gillislee lost snaps to Lewis as the season went on. Then something amazing happened last week as Burkhead worked his way back from his injury: he put as strong a stranglehold on the job as you can have in the Patriots backfield.

This is likely to be a big weekend for the versatile Burkhead, who had more snaps than the other two backs combined last week. He’s so versatile he had a blocked punt last week, as well. You know who else had big special teams play last week? Dion Lewis. Bill Belichick loves his Swiss Army knife players who he can move all around and use on both offense and special teams. That brings Burkhead and Lewis to the forefront of this group. James White has seemingly lost his role with the return of Burkhead; his snaps have reduced from 35 four games ago to just 11 last week.

The matchup they have this week (the Raiders) allow the fifth-most fantasy points to running backs on the year, including double-digit games to both Kenyan Drake and Damien Williams in week nine, and eight double-digit games allowed to running backs in their last seven games. It’s fallacious to say you know definitively what might happen with the Patriots backfield, but starting Burkhead as an RB2 and Lewis as an RB3/Flex are as safe a bet as you can make. James White isn’t a drop, since this can all turn on a dime, but he’s a firm bench this week unless he turns around his snap-losing trend.