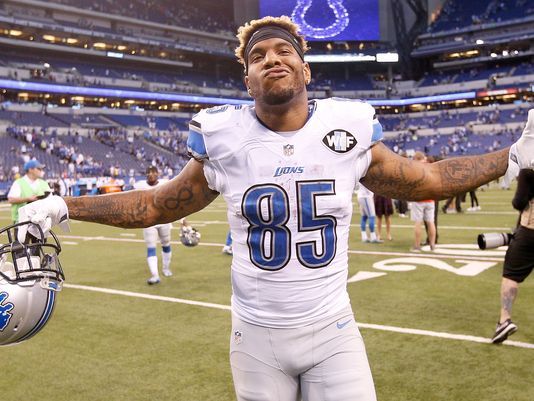 When talking about waiver wire tight ends, I like to spend a lot of time telling you exactly how worthless the position is.  This week, I almost don’t feel the need to tell you how bad it is.  The best fantasy producers in week ten is a who’s who of who is that guy? If you recognize the name of one of these tight ends, it is probably because you already had reason to hate him with all the fury you could muster.  So let’s look at the waiver wire tight end position for week eleven and despair together.

Eric Ebron – Owned in 34% of leagues – Do you know how to make a Detroit Lions fan mad? Tell them you think Eric Ebron is good at football.  It’ll infuriate them.  Why?  Because they have watched Eric Ebron be bad at football for years.  But inexplicably, people still seem to think he will somehow be good.  Not anyone who has actually owned him in fantasy football, but other people.  People who have never watched him play football.