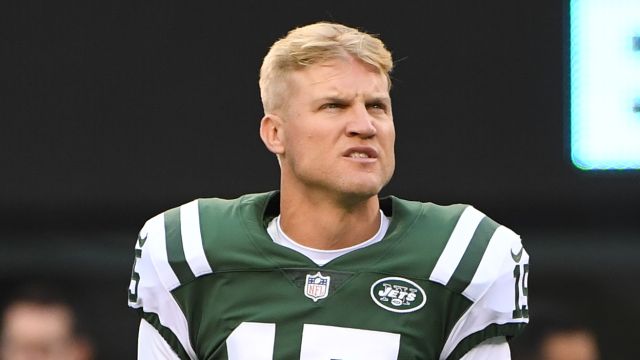 As we dive into the week eight waiver wire quarterback pool, many of you are realizing that you are diving head first into the shallow end of the water.  If you are swimming in these waters hoping to save your team, you will emerge a broken man.  However, there are still options for the truly bold.  (And by bold, I mean desperate.)  So let us examine what our best waiver wire quarterback options for week eight are.

Josh McCown  – Owned in 12% of leagues – You might be wondering why I would even attempt to bring up Josh McCown as an option.  Truth be told, over the past couple of weeks, he has been one of the best fantasy quarterbacks available on the waiver wire.  If that isn’t an indictment on how terrible the waiver wire is for finding quarterbacks right now, I don’t know what is.  Having said that, he will be a possible streaming option in the future.  Just don’t burn your waiver priority trying to grab him.

Matt Moore – Owned in 1% of leagues –  The good news for anyone who has had to rely on Jay Cutler this season is that he will miss multiple weeks.  The bad news is that Matt Moore probably isn’t much of an improvement.  When coming in after Cutler went down, he threw for 188 yards, 2 touchdowns and 1 interception. He even managed to mount a comeback against the Jets. It’s unlikely he becomes fantasy relevant and you definitely don’t want to waste your waiver on him, but you probably should keep an eye on him.

Aaron Rodgers – Owned in 50% of leagues – Rodgers owners are jumping ship and it is hard to blame them.  Whether Rodgers plays again this season is questionable.  But if you have a lead in your division and have a good chance of making your playoffs, Rodgers is the kind of piece that can turn a playoff team into a championship.  This is a high risk/high reward type of waiver move that can bring home a championship….or a wasted roster spot for the next few weeks.  Personally, I am grabbing him in every league I can, because Marqise Lee is probably not going to make or break my fantasy season.