The Kansas City Chiefs traveled to Oakland to take on the scuffling Raiders for this week’s Thursday Night Football contest. Oakland’s season was on the line, and the Raiders played with an itchiness and edge that showed that they wanted to rise to the occasion but couldn’t quite get there, right up until their last-minute comeback bid came to fruition with a massive, massive pass to Jared Cook for a touchdown! But then it was called back to the one. This set up a short touchdown pass to Crabtree… BUT IT WAS PASS INTERFERENCE! This turned the Raiders’ season into first and goal from the eleven. Derek Carr threw the ball to an open Jared Cook, who had it bounce off his hands. But there was defensive holding! This put the ball at the five yard line… and the Raiders couldn’t pull it off, as Patterson caught the ball.. out of bounds.

But another defensive holding! The Raiders had their 100,000th goal-to-go play. Crabtree finally, FINALLY! Caught it for a touchdown to tie the game. The point after sailed through the uprights, ending the game.

The Raiders took the game down to move to 3-4, salvaging their year. The Chiefs dropped to 5-2.

There were a ton of ups-and-downs, and enough farcical occurrences to make my life easy. Like every week (except last week because it was a legitimately good game), we highlight five of the most absurd, nonsensical and farcical things that happened in Thursday Night Football (except the ending!). All-in-all, it was a great and entertaining game of football.

First, this was a tough night for 49ers fans, who had to watch NaVorro Bowman, who was the face of the franchise this time last week, in the colors of their cross-bay rivals

Watching Navorro Bowman play for the #Raiders tonight like: pic.twitter.com/SA0zxaprpL

Tracy Wolfson of CBS says Michael Crabtree and Donald Penn were pushing and shoving on the sideline. Mike Tice broke it up.

Things didn’t go great for the Raiders in the first half tonight. There was a lot of frustration to go around as they watched their season circle the drain before pulling it out of the fire. Multiple reports of Michael Crabtree fighting with people on the sidelines only underscore that point.

The Raiders unloaded a flea flicker to great results in the first quarter. Also on the play: clear offensive pass interference, almost out of bounds, almost not a touchdown, Amari Cooper: back?

3. REVENGE IS A DISH BEST SERVED COLD A.K.A. BETTER LUCKY THAN GOOD

Four days after the Chiefs lost on a fluke play to Antonio Brown, they get their own long fluky touchdown to pull ahead of the Raiders.

Literally, everything he says is a gem.

1. TELL ME WHEN TO GO (OUT OF THE GAME BECAUSE I SHOVED A REF)

Marshawn Lynch has been ejected: pic.twitter.com/m32GBRNr80

Marshawn Lynch came storming off the sidelines in a scuffle and the main beneficiary of his ire was a referee. The Bay Area native redefined going stupid AND going dumb.

Oh then he just straight up left:

Out of here! Marshawn Lynch just left the locker room upset. He left in street clothes and is heading to his car.

UPDATE: MARSHAWN LYNCH DIDN’T LEAVE THE GAME AT ALL BECAUSE HE’S A LEGEND 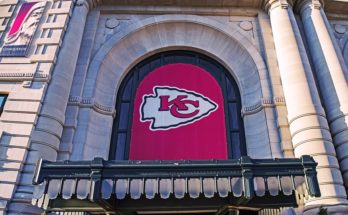