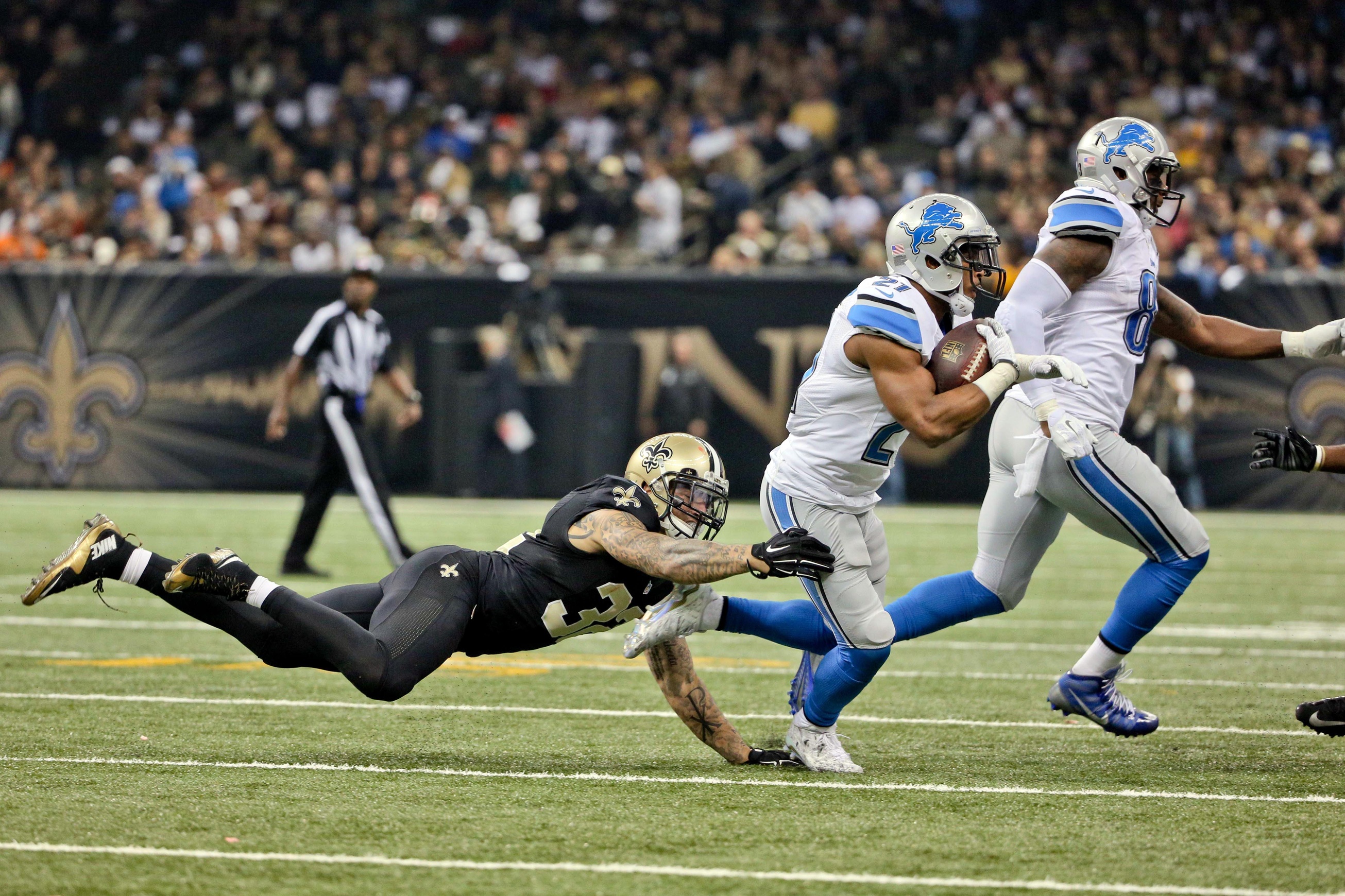 For the second time in three weeks, we’re going back to the Ameer Abdullah well. I swear I only have him on a couple fantasy football rosters. I promise I’m only trying to justify drafting him a little bit. Ameer Abdullah had a rough week one, but his week two usage and success were promising enough. Couple his performance with his week three opponent, and you have a fantasy football running back worth starting everywhere.

First, let’s talk about what a disaster the fantasy football running back landscape is right now. David Johnson (RB1) is out for the year. DeMarco Murray and Jordan Howard (RB6 and RB9) might miss week three. Christian McCaffery, Isaiah Crowell and Lamar Miller (RB12, RB14 and RB15) are underperforming. Joe Mixon and Mark Ingram (RB20 and RB21) are mired in unproductive timeshares. With Ameer Abdullah as RB23, that’s eight-of-twenty-two running backs that went ahead of Abdullah devalued going into week three. With Abdullah soaking up the twelfth-most carries through the first two weeks, the concerns of a time share are slipping by the wayside.

While Theo Riddick takes the passing-downs role (and will have his value in his own right this weekend), Abdullah’s carries will prove sufficient to give him a breakout day against an Atlanta defense that has struggled to contain the ball carrier this year. So far on the season, the Falcons have played against three running backs (in two games mind you) who had at least five carries. All three of these backs (Tarik Cohen, Jordan Howard & Ty Montgomery) scored at least 12.6 fantasy points against the Falcons. Cohen topped 17 fantasy points and Montgomery hit a whopping 22 last week.

Ameer Abdullah is getting the carries to justify being an RB2, and given the landscape of those ahead of him, there isn’t much reason to keep him off the field on most weeks. This week is an exceptionally good matchup against a Falcons defense that has yielded over 51 fantasy points to running backs in two games already this year. I’m firing up all my Ameer Abdullah shares this week, and you should too. He’s exceptionally fragile, so this may be the last game he starts for you before you sell high on him.

One Comment on “Fantasy Football: Start or Sit Ameer Abdullah in Week Three?”