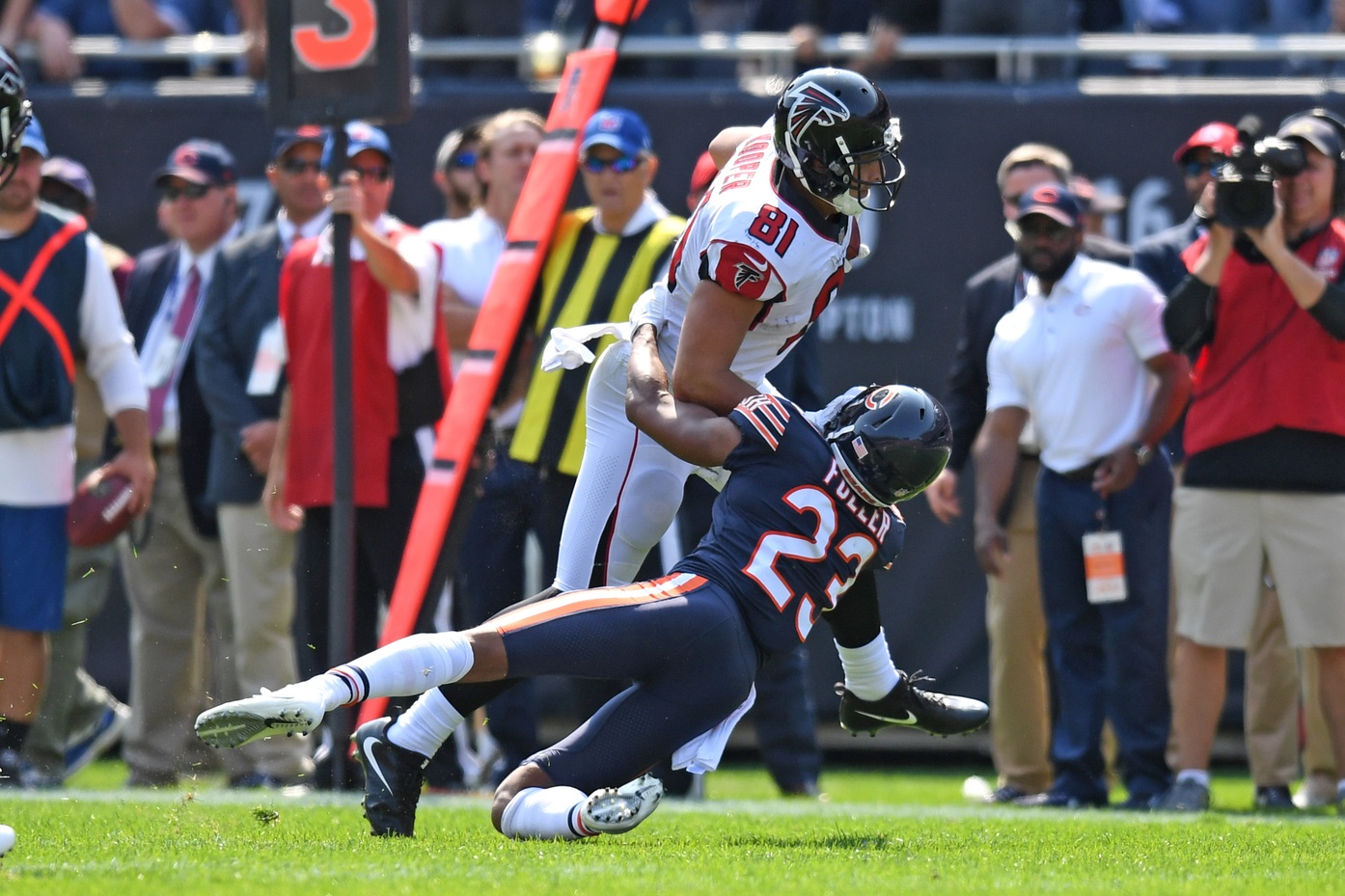 A couple things happened here, primary among them is the defense completely ignoring Hooper. As he runs down the seam the DB passes him off to exactly nobody, which allows him to slip behind everybody and catch the ball at about the fifty. He still had to make it the rest of the way to the end zone, which is where that mammoth stiff arm came in. He’s unlikely to repeat that massive deep ball mostly because a man who has almost every other wide receiver on the field catch up with him or spring past him on his way to the end zone. He’s a lumberer, no doubt about that, and that 88-yard bomb was one of only two targets on the day for Hooper. The other was 40 yards, which is impressive in its own right, but that catch is nearly as unlikely for him to repeat as his 88-yarder.

This week the Falcons take on the Packers, who mostly shut down opposing tight ends last season, yielding just the twelfth-most points to the position last year. That number is somewhat misleading, as the Packers did so while giving up over 100 yards to a tight end just once last season (Delanie Walker on eleven targets) and they yielded just five TE touchdowns all season. Their ranking comes from a somewhat consistent death-by-1000-papercuts of allowing a consistent six or seven points to the position and by yielding points to multiple tight ends. They shut down a bevy of fantasy relevant tight ends, including yielding fewer than seven fantasy points to Jimmy Graham, Kyle Rudolph and Eric Ebron within the last quarter of 2016. They shut down Graham a second time in their last five games in week one of 2017.

Hooper should cherish his first week of 2017. It’s not often someone can average 64 yards per target, but that is where Hooper sits right now. It would be foolhardy to stick him into your lineup this week, as his production last week was mostly fluky, he has no real history of production and the Packers are on a roll of shutting down tight ends. Stay away.