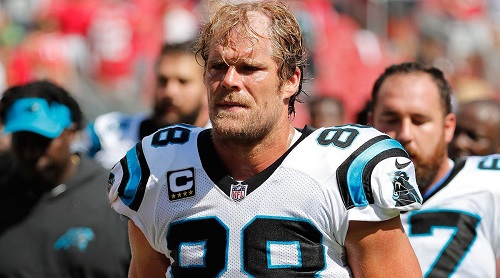 It’s fantasy football week nine, and the difficulty level matches the week. This week is one of two times this year that six teams are on a Bye. With Indianapolis, Cincinnati, the New York Giants, Philadelphia, Arizona and Jacksonville all on Byes, we are left searching for temporary replacement players. We at Football Absurdity want to help you decide whom you can start or sit each week, with this week probably being the most difficult so far. Each week we take a look at six players at each position (across two articles), and give you a break down as to why you should start or sit them. In this article, we hope to answer your questions about whether you should start or sit Greg Olsen, David Njoku, or Chris Herndon?

A couple weeks ago, I implored owners to try to move Greg Olsen. At this point, I still don’t know if that was the right call to make or not. He had just five yards two weeks ago but papered over that poor performance with a touchdown. He managed a four-catch, 56-yard day last week, and threw in another touchdown for good measure. This week, I’ll lean back into Greg Oldsen (got ‘im) and say that he is a start this week. He has 16 targets in his last three games, which is more than enough to support his type of production. He also gets the Bucs this week, who allow the second-most fantasy points to tight ends on the season. The Bucs have allowed four TE touchdowns in their last five games, and it took C.J. Uzomah mysteriously falling off the face of the earth to fail to score a TD last week. Olsen’s extended absence likely means you’re considering whether to start or sit Olsen versus another TE this week. For me, I would go with Olsen. He should feast this week against a bad Tampa Bay TE defense.

Last week, I lamented that David Njoku would likely fall out of the ranks of players who would qualify as a player that you should question his spot in your lineup. Then he turned in a zero target game. Not zero catches (well that, too), not zero yards (ditto), but not a singular pass got close enough to David Njoku to register as a target. Generally, when deciding whether to start or sit Njoku, I would think to toss out games that end up with the head coach and the offensive coordinator seeking employment elsewhere. Let’s do that with the game last week, and still, consume all the feel-goods surrounding Njoku from his four straight weeks with a minimum line of four catches and 52 yards (with scores in two straight). This week he gets a KC team that cannot stop opposing offenses outside of Arrowhead. The Chiefs D has allowed at least 65 yards or a touchdown to tight ends in four out of their last five games. David Njoku should pull both off this weekend; don’t be scared of his performance last week, and start Njoku.

Three weeks ago, nobody really knew who Chris Herndon was. Three weeks ago, the Miami defense was a bad team to play tight ends against. A lot can change in three weeks in the NFL. This week, Chris Herndon is a start for me in a week with six teams on Bye. Herndon has caught a touchdown pass in three-straight games (he was drafted with an ACL tear, so it makes sense he came on slowly), the Jets don’t have anyone else to throw to, and Miami is suddenly a mess. Through the first five weeks of the season, the Dolphins did not allow a tight end to score a touchdown, and only Delanie Walker (52 yards) topped fifty yards against them this season. Then, all hell broke loose. They’ve allowed five touchdowns to TEs over the last three games, and four of those were to such tight end luminaries like Michael Roberts and Jordan Thomas. Herndon may post zero catches, but we saw last week that that game is in the cards for lots of TEs (cough, Njoku, cough). He has a great matchup and has Sam Darnold looking this way, so if you are considering whether you should start or sit Herndon, a start isn’t the worst idea in the world.

These guys are all good starts this week, but if you’re wondering if you should start or sit them, I would personally order them: 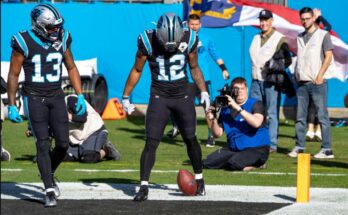