Of course, it was going to be this way. Of course, Tom Brady returned. And, of course, it took him less time to opt back into 2022 than the MLB locked out the players. If you’re reading this and somehow get your news from Football Absurdity, first of all: I’m sorry. Second of all, Tom Brady is unretired! He announced on Twitter on March 13 that he would return to the Buccaneers for his 23rd season, saving us a whole offseason of squinting at Kyle Trask and hoping that he could give Mike Evans and Chris Godwin some fantasy value.

First of all, someone is going to say that they “love [Buccaneers player] at value now.” Duh. They were getting drafted like Kyle Trask or Blaine Gabbert were going to be their QB. Of course, you like Mike Evans at WR19 and Chris Godwin at WR25, their current Underdog ADP. And duh, you like Gronk at TE23, he was mulling retirement. But, everything changes with Brady at the helm. I would expect Mike Evans to jump back up into being a top-12 WR when the draft season rolls around. Godwin’s injury muddies the waters, but if he has clean medicals, then I would imagine he rolls back into the top-fifteen.

If Rob Gronkowski returns—and that’s a big if—he could be a massive beneficiary of Tom Brady’s return to Tampa Bay. Gronk missed all but six snaps from weeks four through ten last season, with a ribs injury. The injury didn’t seem to bother him down the stretch when he averaged 8.4 targets, 5 catches, and 77 yards per game. Gronkowski, should he return, immediately vaults back into the top-eight tight end discussion.

As for Brady, we’ve seen what he can do. We’ve seen it for 23 years. We’ve seen it for longer than most players in this draft have been alive. Last year, Brady notched the second-most fantasy points per game at quarterback, throwing for 5,300 yards and accounting for 45 touchdowns last season. He’s going to settle into the middle of the QB2 range, around guys like Aaron Rodgers and Dak Prescott. Screw it, take Brady. I’m fully Bradypilled at this point and I am going to ride Touchdown Tom into the ground. He came back from the dead and already has a ton of followers. Are we sure at this point that he isn’t NFL Jesus?

There are some concerns, however. Ali Marpet retired and Alex Cappa absconded off to the Bengals. There’s also the little Leonard Fournette problem (though I expect him to return to the Buccaneers). It’s looking like the Bucs are doing their best to run it back (minus a couple of pieces). I’ll dig right in, two-handed, and scoop up parts of an offense that has been top-three in both of Tom Brady’s seasons there. If there’s a TB next to someone’s name, and they’re guaranteed significant snaps, then you should go out of your way to get them in 2022. 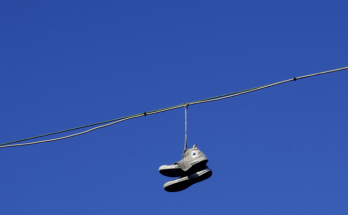