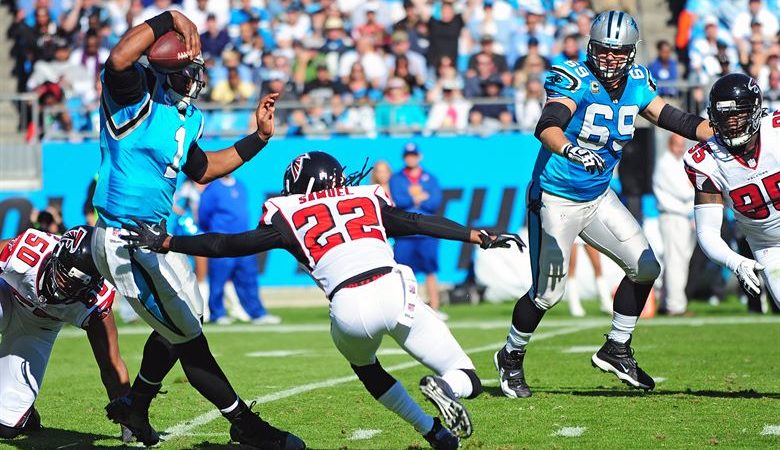 Cam Newton made his triumphant return to Carolina in week ten. He scored two touchdowns, screamed “I’M BACK” at the cameras, and was able to smirk and say that he knew “about two touchdowns” worth of the playbook. Then, in week eleven, at least from a fantasy football perspective, he looked a lot like Cam Newton. He threw a bit, he ran a bit, and he scored a handful of touchdowns. But, given that he popped up out of nowhere this week, is it a flash in the pan, or something that we can trust going forward?

First, let’s take a look at his week eleven performance. Cam wasn’t the most consistent, which makes a lot of sense given his long layoff and his exile to the 1920s “the quarterback is primarily a runner” football with the Patriots last season. He ended the game with 189 passing yards, 46 rush yards, three total touchdowns, and no turnovers. It guaranteed him a top-twelve week with the Panthers, his first such finish since late 2018. Granted, the Washington Football Team is literally the best matchup in the league for fantasy quarterbacks, but he still took full advantage of the opportunity. It was an amazing game for Cam, especially given his long layoff and his inexperience with the playbook. While Cam was a Panther, he never played for Matt Rhule, so it’s all new to him.

So, we’ve established that Cam Newton can hang with the big boys and that he can take advantage of a good matchup. But, we still must ask ourselves: can we start Cam Newton for the rest of the season?

Well, yes and no. Okay, thanks for coming!

Cam Newton’s matchups for the rest of the year are a mixed bag, but he has definitely entered the streaming discussion with this performance today. Newton suffers from one of the terrible late byes, so you can’t use him in week thirteen. But other than that, he also has three great matchups, one one bye week, and two bad matchups. If you play it right, you can know exactly when to play Cam for the rest of the season to maximize his fantasy performance.

The easy answer for week thirteen is Tyrod Taylor. Tyrod helped the Texans take down the Titans in a shocker, and he gets the Colts in week thirteen. Over the last three weeks, the Colts allow the fifth-most fantasy points per game to quarterbacks and the eighth-most on the year. But, what about the playoffs? After all, you can’t really trust Tyrod Taylor in weeks fifteen and seventeen, no matter how good the matchup is.

Football Absurdity Podcast: Week 12 Preview AKA “Man I Like for Fantasy (M.I.L.F.)”