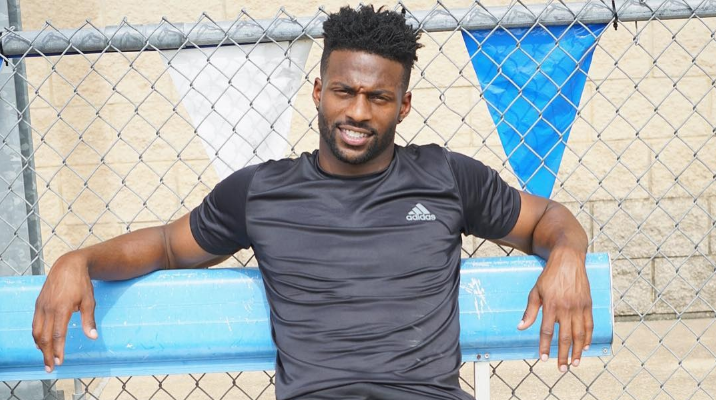 The Buffalo Bills brought 34-year-old Emmanuel Sanders into the fold with a one-year deal. The former Steeler, Niner, Bronco, and Saint played in 31 games in the last two years after tearing his Achilles. So, that means you know that Sanders has that injury fully in his past. What can we expect from Emmanuel Sanders and the Buffalo Bills passing game with this development?

First, the Bills let John Brown leave to sign a one-year deal with the Raiders. We will get to that in another article. That leaves Stefon Diggs, Gabriel Davis, Cole Beasley, and Sanders as their top-four targets. The easy move here is to think that the Bills are replacing John Brown with Sanders. In my opinion, that isn’t exactly true. I believe that the Bills will elevate Gabriel Davis to the Brown role and let Emmanuel Sanders and Cole Beasley play in the short game. That’s pretty evident when you take a look at their average depth of target in 2020: Gabriel Davis and John Brown sat at 15.24 and 11.77 yards downfield, respectively (past the sticks). Cole Beasley and Emmanuel Sanders sat short of the sticks, at 7.8 and 8.8 yards, respectively.

This really deals a blow to Beasley’s volume-based value, since Sanders and Beasley will work in the same area of the field to get the low-value targets. I believe Beasley still carries top-36 relevance in PPR leagues, but I’m not so sure he is someone you should target anymore. Beasley should get more going with his targets than Sanders, as at this point in his career, The Beasler outgains Sanders in yards after the catch per target by a hefty margin (4.3 yards versus 2.7 yards).

This ultimately destroys any value we thought Dawson Knox might (maybe, potentially, ideally, best-case scenario) end up with this season. It also crushes any hopes we might have for the running backs catching any footballs in the near future. And that’s exactly how the Buffalo Bills like it. In 2020, 75% of targets went to wide receivers, which led the league by nearly five percent. Only the Panthers and Patriots threw a lower percentage of their targets to the tight end last year, and all Bills RBs combined for just 77 targets in 2020.

The Bills adding Emmanuel Sanders is more of a value-add for Josh Allen. But, it’s hard to expand on the 2020 QB1 season going into 2021. Ultimately, it just means that Cole Beasley gets vultured a bit more and that Gabriel Davis could be looking at a decreased target volume, leading to the Bills passing game having just Stefon Diggs and Josh Allen as the slam dunk fantasy-relevant players.

For more Football Absurdity, check out the links below: