Note: Jeff Wilson Jr. (at Arizona) is above Lynn Bowden and Peyton Barber, but is currently 54% rostered.

Feels good to be able to just reuse the picture and title from the last week, but that’s what we get to do with Gus Edwards. This has turned into a two-man game in the backfield, with the Ravens turning fully to J.K. Dobbins and Edwards. Mark Ingram was a healthy scratch, and Justice Hill notched just six offensive snaps last week against Jacksonville. Edwards touched the ball eleven times last week, which he turned into 78 yards. Not a world-beating amount, but for a desperation start, have at it. By raw snaps, he also played his highest amount since week six (tied with week twelve), and he played over 40% of snaps for the second time since the Ravens’ week seven bye. He’s the 1b to J.K. Dobbins’ 1a.

The Giants allow the ninth-most fantasy points to opposing running backs on the year and have allowed seven different running backs double-digit HPPR fantasy point days in their last four games. It’s a matchup that’s rife for some Gus Edwards and J.K. Dobbins to feast.

If a team drafts a guy in the third round, then trades him for table scraps before the season begins, does that count as a revenge game? Bowden was one of two third-round offensive weapons drafted by Jon Gruden and Mike Mayock & the Raiders back in April. Unlike fellow third-rounder Gus Edwards, Lynn Bowden never made it into a game. The Raiders traded the Swiss Army Knife player to Miami on the eve of the season. Now, he doesn’t really have a position, but he has RB/WR eligibility. That means you can slot him into your running back slot and take advantage of the PPR upside with this play. Bowden has sixteen targets in his last two games (compared to two rush attempts) as the Dolphins try to get some value out of their trade piece.

On the other side of the ball, the Raiders… uhm. I’m not sure how to do this. The Raiders give up the twelfth-most fantasy points to wide receivers and the third-most to running backs. So let’s just say they allow the 7.5th-most fantasy points to Lynn Bowdens? You have to give me that one, it’s Christmas. Let’s do it this way: the Raiders have a bad defense, and Miami with Lynn Bowden should be able to attack the weak points. He’s a good flier if you need upside in a PPR league as an underdog.

This is the same game that we played last week: likely no Antonio Gibson and the Football Team is allergic to handing the ball off to J.D. McKissic inside the five-yard line. This is a touchdown-or-bust proposition, and he cashed in that touchdown last week. Peyton Barber has 6 carries inside the ten-yard line in the last two weeks, so let’s lean into that. The Panthers have stiffened up lately, but they still allow the eighth-most fantasy points on the season to running backs. Like I said, touchdown-or-bust, but he has a good shot at cashing it in. 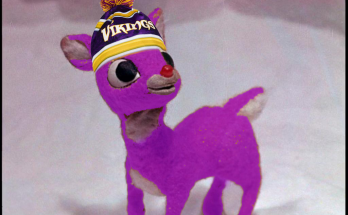