Luckily, the NFL wrapped up its week thirteen, and we again saw some major hits to playoff hopes. The second half of the season is showing a transition where some contenders are cooling off and a select few are heating up at the right time. One of the hottest teams in the first part of the 2020 season has lost their mojo, twelfth man, and lack any form of Beast Mode. I am sorry for your loss Seattle Seahawks, but your season is over.

How can I get away with saying the 8-4 Seattle Seahawks are dead in the water? They are tied for first place, against a Saints team that has Drew Brees with nearly every rib broken. Well, in week 13 the rising New York Giants sent a message to the Seattle Seahawks. The NY defense was well aware of the “Let Russ Cook” mantra and offered up a “Let Pete Carrol think he can run” counter theme.

This game by no means was stellar. Nearing a 3-0 score to close the half, a late safety on a blocked Giants punt gave the Seahawks a sad 5-0 lead going into halftime. The lack of offense in the first half was shared by both teams but unlike Seattle, New York was able to get the ground game going in the third quarter. At least the Giants had an excuse for laying an egg, their starting QB and RB are out injured. What was Seattle’s excuse for not scoring? Catching up on all those Gray’s Anatomy cast callbacks? (We miss you, Patrick Dempsey!)

[EDITOR’S NOTE: Somehow Patrick Dempsey is back on Gray’s Anatomy?]

The Seahawks defense did their job as well as one could expect but somehow the ragtag pairing of Colt McCoy and Wayne Gallman Jr. allowed for the spark needed in this game. Gallman hit the open field with a 60 yard run on the second play of the third. Alfred Morris scored twice to have the G-Men take the lead.

Colt McCoy vs. Russell Wilson should be a landslide mismatch but as the Seahawks have no balance in play calling it turned into a recess football game where New York knew that Russ would be dropping back more than not. Wilson threw 27 of 43, 263 yards, one touchdown, and one interception. That is an okay stat line but certainly not close to the MVP chants of earlier in the season.

Yes, Seattle will make the playoffs but don’t expect them to make any noise. The twelfth man has been silenced and soon enough the Seahawks will be joining them at home. 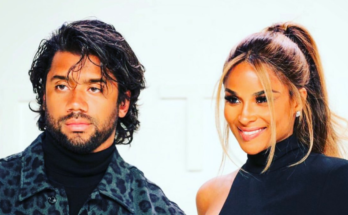 Seattle Seahawks, Sorry For Your Loss!