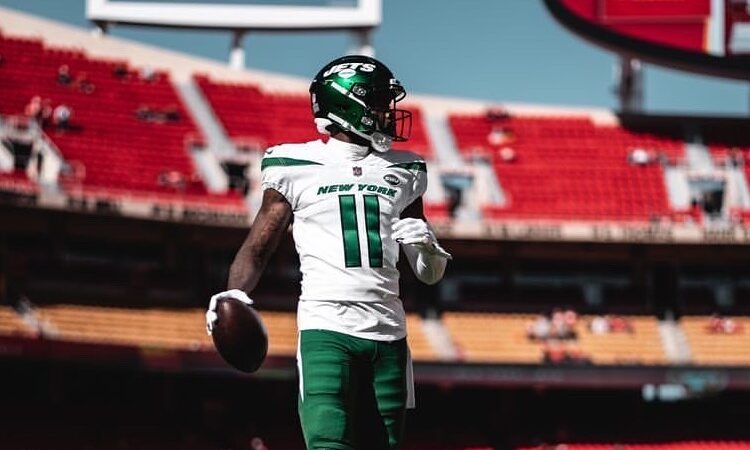 If we are being completely honest, I didn’t think that we would make it to this point… and we almost didn’t. COVID-19 ravaged the league last week, with dozens of players hitting COVID-IR including an entire QB room. It was the Broncos’ QB room, though. So, we lost nothing of value. It’s time for us to gear up for the final week of the fantasy football regular season with some wide receiver sleeper picks. To qualify as a wide receiver sleeper, a player must be unrostered in at least 50% of Yahoo! leagues. For deep league folks, I include one wide receiver sleeper available in at least 90% of Yahoo! leagues.

Nelson Agholor missed practice Wednesday and Thursday, which means he is unlikely to play on Sunday. Even if he does, it’s unlikely he does much. Normally, I would say turn away from this matchup with down roster wide receivers. But, come on… It’s the Jets. That means we should pivot to some other wide receivers on this roster to take advantage of this matchup. I give you two options for two different needs on your squad.

Do you need a home run play, as a big underdog? Then Trey Ruggs is your man. He ranks second on the Raiders in air yards over the last eight weeks, behind only Nelson Agholor. The Raiders are built around dinking, dunking, and running. Then, when you’re lulled into a false sense of security, Jon Gruden dials up a deep shot. That’s where Ruggs comes in; 130 yards and a couple of touchdowns aren’t outside the realm of possibility for Ruggs (his breakout game).

Do you need some steady, sturdy, underneath PPR points from your wide receiver slot? Well, then Hunter Renfrow is your man. If the Raiders don’t have Josh Jacobs, then they need to turn to Devontae Booker to handle the load under center. That means more targets for Hunter Renfrow, who had seven catches for 73 yards last week against the Falcons on nine targets. Renfrow turned up down the stretch last season, and this could be the beginning of doing the same for 2020.

I am going to run it back against the Raiders this week, with the rookie wide receiver up in New York. The first-rounder feels like the only rookie to not have a huge game yet, but I promise you: it’s coming. He missed the first six weeks of the season with a hamstring injury but has at least seven targets in four-of-five games since returning. He’s turned in exactly 200 receiving yards on 11 receptions in his last three games. All he needs are the touchdowns. Since their week six bye, the Raiders have given up eleven receiving touchdowns (in six games… five games if you discount the Cleveland Monsoon Game). 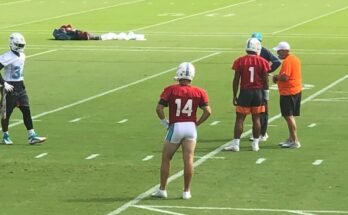