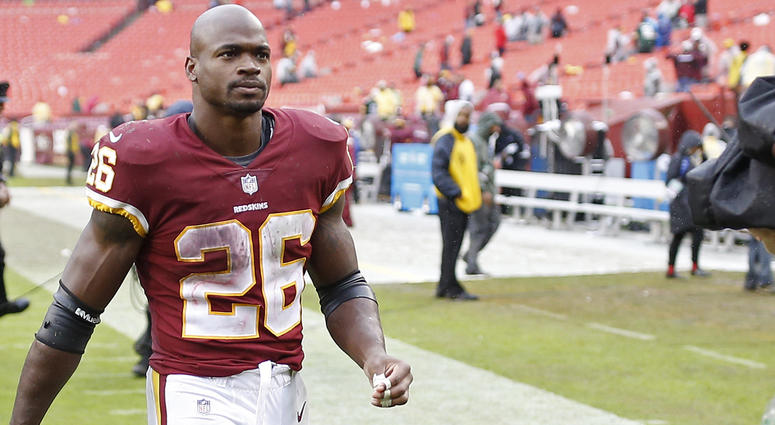 Ah, the once-transcendent old-as-dirt banger, a paragon of moral authority, and the clubhouse leader to squeak out 225 more carries this season. Peterson likely gets the bulk of the carries that would have otherwise gone to Guice, but he was already going to get the bulk of the carries that were going to go to Guice (after Guice gets hurt again). The top-line numbers tell you the whole story with AP: 14 seasons, 14,000+ rushing yards, 2,300+ receiving yards. He’s a shoo-in for Canton, but he’s also mostly a two-down banger at this point in his career. He’s the most likely beneficiary of Derrius Guice removing himself from polite society in 2020, but not the guy I’m excited about with Guice’s vacancy.

No, it isn’t Antonio Gibson, like the rest of the fantasy football community desperately thinks/hopes will happen. Gibson had five touches per game and 30 yards per contest last year at Memphis. And this is where I start to go on a jag about Antonio Gibson.

Do you see how crazy that sounds when you put them back-to-back? He didn’t do much in college (5 touches, 30 yards) but because a wide receiver tore his ACL and a running back committed domestic assault, suddenly the seas part for Antonio Gibson to come in off the top rope with a ton of touches and targets? Am I going absolutely insane?

Here’s the long and the short of it: ten running backs have 80+ targets and 80+ carries in their rookie year. This list includes names like Saquon Barkley and Alvin Kamara… it also includes guys like Nyheim Hines. I’m far more likely to lump Gibson in with Hines than Saquon and Kamara. Gibson was a fun “what if” round 13 dart throw but by moving him up into the eighth round of your fantasy drafts (as has happened over the weekend), you’re saying “what if I miss out on this?”

I’m more than happy betting against the guy who had 5 touches a game last season.

2018 Bryce Love was one of the most fun running backs to watch in college football. 2019 Bryce Love was beset by injuries before tearing his ACL in his final college game. Washington took him in the fourth round last season, taking him #113 overall and red shirting his rookie year. Since we haven’t seen anything from Bryce Love yet, I will just plagiarize from an extremely handsome fellow:

“It’s hard to know what to think about Bryce Love headed into the 2019 season. He was fantastic in 2017, coming in second to Baker Mayfield in Heisman Trophy voting. He fell apart in 2018, battling injuries before finally tearing his ACL in Stanford’s finale. He’s an incredible talent when he’s on, but he was off for all of 2018. Love’s 2017 tape is fantastic, with him inviting (and discarding) contact at will, and turning on the afterburners when necessary. He showed extreme talent, but it’s hard to know how much of that talent remains in him after his injuries.”

Bryce Love is, at this point, probably has the best chance of being the best running back on Washington. AP is over the hill, Barber is a plodder, J.D. McKissic can’t stay healthy and at this point we don’t know if Antonio Gibson is Percy Harvin or Dexter McCluster. Love is also literally free in most drafts, with an ADP kissing 300.

At this point, we know what Peyton Barber is for fantasy football more than anything else: an annoyance. He wanders the NFL, ripping off barely-above replacement-level carries, stealing touches from more talented running backs. He’s a fantasy football horsefly, not a fantasy football work horse. He has a career 3.6 yards per carry on 551 carries. Why are you going out of your way to put this onto your fantasy football roster for a messy Washington Football Team. What’s the upside? 200 carries for 779 yards?

McKissic has missed 29 of 64 games in his career, and averages 26 yards per game in his four-year career. Please do not put J.D. McKissic onto your fantasy football roster.

Let someone else take Antonio Gibson. This backfield is going to be a mess. There is a limited upside for both Adrian Peterson and Peyton Barber. If anyone were to take ahold of this field, it’s the cheapest drafted running back. Snag Bryce Love in your last round and see what happens. If you’re wrong, you get a free spot to change it up after week one at a last-round price, and not a mid-round pick. Guys like AP and Barber will do just enough to keep from getting cut, not answering any questions for you and your fantasy squads. 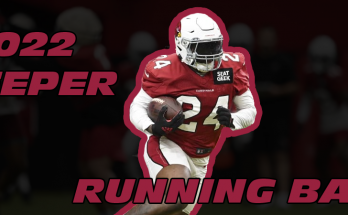