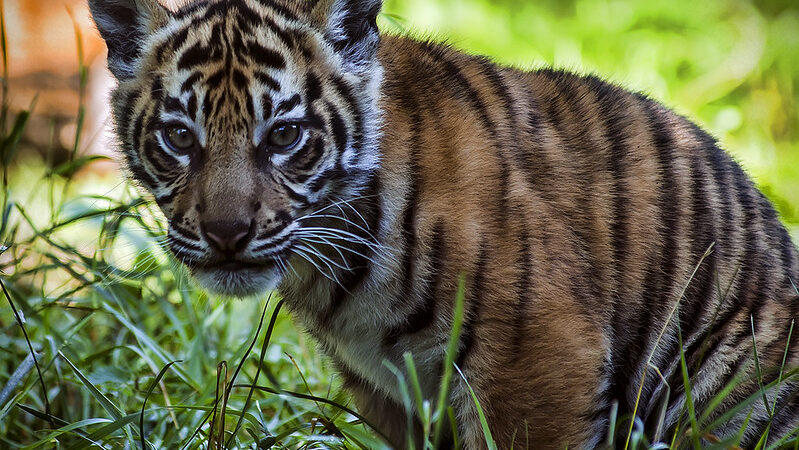 The 2020 NFL Draft is in the books, and that means it’s time for us to fully turn our attention to the 2020 NFL season and fantasy football. While COVID-19 means we can’t guarantee an NFL season, our league mates want us to be on our heels, unprepared for the season. Never you fear, Football Absurdity is here to cover all of the 78 fantasy football eligible players drafted in the 2020 NFL Draft. Keep in mind, most of these guys won’t get selected in your draft, but you’ll want to know these 2020 NFL draftees when your fantasy football draft comes around. We continue our run around the AFC North with the team that owned the #1 overall pick: The Cincinnati Bengals.

The Bengals took Joe Burrow with the #1 overall pick and followed that up with him getting a shiny new toy with the first pick of the second round. This connection sets up the Bengals’ offense for the future but also represents all their fantasy football relevant draftees. Let’s take a deeper look at the Burrow to Higgins connection and their 2020 fantasy football potential.

Joe Burrow did not do physical testing at the Combine due to an overwhelming correct presumption that he would be the Bengals’ #1 overall pick.

Burrow displays smart and effortless accuracy, keeping his head up on scrambles to find guys late in the down and from unconventional platforms. He is always cool, calm and collected on the field, likely because everything comes easy to him. He seemed like Neo out there from The Matrix, with things developing extremely slowly ahead of him. Burrow looks lazy at times because the game is so effortless and he’s a little loose with his footwork. That doesn’t matter, though, as he knows when to use all his different throws and can drop balls in the bucket. He’s a Tannehill-level runner (willing, able, but not exciting) who will chip in 2-3 fantasy points a week with his legs.

Now, it’s time to pick some nits with the #1 overall pick. He doesn’t have the strongest arm, as he has to rainbow a lot of deep balls. His pocket patience sometimes develops into committing to stay in the pocket, leading to strip-sacks and big hits. He left a lot of guys out to dry with ambulance balls at LSU.

Joe Burrow has the starting role locked down, and there’s nobody behind him to even try to take a shot at the king. Ryan Finley got his shot and fell on his face last year. Despite having a carousel of garbage at quarterback, the Bengals threw the ball 63.3% of the time, which was the fifth-highest rate in the league. Burrow will have plenty of opportunities to ball out.

What does that mean? Well, rushing yards tend to wallpaper over some of the struggles that rookie quarterbacks have. Gardner Minshew’s scrambling ability last year helped cover-up for his passing game struggles: he turned in at least 27 rushing yards in eight of his twelve starts last year.

Ultimately, given Burrow’s talent level and the weapons around him (A.J. Green, Tee Higgins, Tyler Boyd, John Ross, Auden Tate, and Joe Mixon), he should be able to turn in multiple valuable fantasy weeks. He could end the year as a fantasy football QB1 in Cincy and is worth a pick as your second QB. As for the Bengals weaponry: what they did last year with Andy Dalton & Co. was the floor this season. Especially for A.J. Green!

This math doesn’t seem to make sense, but I am tempering expectations given the malleability of quarterback and the fact that you could flick Burrow back onto the waiver wire and replace him with no problem.

Tee Higgins skipped the NFL Combine due to a desire to rest and recover from his NCAA season.

Higgins displays good speed and frequently gets separation at the top of his route. When he doesn’t, he has no fear at the catch point. He displays excellent body control, including a touchdown against Georgia Tech where he spun to catch it, caught his balance, slipped the defender, and ran it in for a touchdown. If he’s covered, it doesn’t matter. He has a great catch radius, strong hands, and incredible ball skills. He’s a long strider with good speed. He was a predraft econd-tier receiver, but in this class, that’s no knock on him. Frequent comparisons to Kenny Golladay and I can see it. The short of it: he has monster size, good (not great) speed, great hands, incredible body control. Higgins is ultimately very close to the top tier guys but second-tier.

The Bengals depth chart is really strange, now. Green and Boyd demand the football, as does Higgins. Auden Tate and John Ross also exist. There are a lot of targets to go around and not a lot of clarity as to where they will go. This is likely a pick the Bengals made for a lot of contingencies. Should A.J. Green get hurt again, Higgins can step up. Should Tate’s 2019 flashy catches turn out to be flashes in the pan, Higgins is there. The Athletic’s Jay Morrison thinks Higgins starts the season in the starting lineup, putting Tate and Ross out to pasture.

No matter how it shakes out, I believe Higgins will end up fighting his way onto the field at some point in 2020. He has the talent to be a Kenny Golladay-esque player down the line, but his rookie year, I don’t see that happening too much. He’ll flash top-36 WR games towards the end of the season, but has to fight through a bunch to get there. He’s worth a pick at the end of your drafts if things start to look like they’re going that way, but it’s more likely you keep him on a shortlist of guys to pay attention to as the season wears on.

For more 2020 NFL Draft coverage, check out these: