Edwards-Helaire had a great Week 1 but has faltered since then. He has just the one touchdown against Houston, but he hasn’t scored in the last four contests. What has kept his name in contention is his receiving acumen, as he’s caught three or more passes in every game since week one. His 10-40 against a horrible Las Vegas Raiders defense, however, is concerning. He is currently the RB12 overall.

Robinson went undrafted in many leagues and is now owned in almost all. He has been multi-dimensional, scoring three times and catching four or more passes in the last three contests. Robinson also has two weeks where with 20+ points in PPR. He is currently the RB8 overall.

Taylor’s season basically started in week two as he only had nine attempts in Week one. Since then, he has scored in three of four contests and has gone over 100 yards once. His rushing attempts (42) in the last three games and limited receptions (12 in five games) have held back a breakout. He is currently RB13 overall.

Lamb has been outstanding and is perhaps the best rookie on the season. The Cowboys rewarded his skill, as he has six or more targets each week. In the last two weeks, he has 18 targets and has at least five catches in each contest. Lamb has gone over 100 yards twice and a two-touchdown performance against the Browns. Overall, his 29-433-2 stat-line has him as the WR10.

Not very often does a rookie wide receiver become the number target on the football team. When Courtland Sutton missed week one and tore his ACL in week two, that is precisely the role Jeudy has had to play. Jeudy has played well with being the focal point of the offense by catching at least four passes in his first three weeks. In week four, Jeudy only caught two passes but still made it up by grabbing his first touchdown of the season. For three straight weeks, he has had double-digit fantasy points. Week 5 was a bye week, and he is currently the WR54.

Swift is not being used in the running game, and it’s killing his value. At this point, he has just 12 carries in four games but does have 13 receptions. Each week Swift has at least as many targets as carries. Swift also has as many touchdowns in receptions as he does rushing. The Lions are bringing him along slowly, and Adrian Peterson is making that possible. Swift is RB38 overall.

Remember those two touchdowns back in Week 1? That has been it for Dobbins over the last four weeks. It’s not entirely his fault as Dobbins has just 16 attempts this season and 10 targets. He has gotten only two or fewer carries in three of four games. Until they get the crowded backfield of Mark Ingram and Gus Edwards out of the way, Dobbins is buried. He is currently RB39 overall.

Unlike the two names above, Gibson is getting a good portion of the running back carries. He has 24 attempts in the last two weeks while reaching five targets in each contest. Gibson has a 20+ point performance in Week 4. The only competition he is getting is from JD McKissic. Gibson is currently the RB18.

Depending on the week, Jefferson has run hot and cold. It will happen as the Vikings focus on the run. Kirk Cousins usually is limited to benefitting just one receiver, which tends to be Adam Thielen. However, Jefferson has two 100-yard performances, which include a 175-yard game and a touchdown against Tennessee. Jefferson has been remarkable as a rookie as the WR26 overall.

With A.J. Green basically becoming the third wide receiver on the team, Higgins opened up to be the number two behind Tyler Boyd. Higgins has been steady scoring double-digit points in his last three weeks and was exceptional against Philadelphia with a 5-40-2 stat line. Higgins is currently the WR37 overall, but he missed Week 1. Averaging his 12.7 points per week into the missing contest and he would be WR26.

As an organization, you never want to blow an early pick on a lousy quarterback. The Bears did it with Mitchell Trubisky, and the Cardinals missed on Josh Rosen. The Bengals seem to have hit a home run with their selection of Burrow. The first pick of the draft put together three-straight 300-yard contests before ending that last week against the rugged Baltimore Ravens defense. Burrow also has a three-touchdown game and has thrown six scores versus only three interceptions. Not only does he have a strong arm, cool under pressure, but does damage with his legs. Now, Cincinnati just needs to protect him better as they already have the weapons. Burrow is currently the QB19.

The Chargers were satisfied with Tyrod Taylor at quarterback until an unfortunate situation occurred. Herbert “Wally Pipp-ed” himself into the starting lineup for the rest of the season. Herbert has destroyed the Buccaneers and Saints in back-to-back weeks, throwing for seven touchdowns and just one interception. He has two 300+ yard passing games on the season as well. Herbert has a cannon for an arm and is a little erratic but does damage running the ball when the pocket collapses. He has 55-yards rushing on the season. Herbert is currently the QB17.

Ruggs finally connected with Derek Carr on a deep bomb against the Kansas City Chiefs in week five after missing both weeks three and four. Ruggs has been more of a deep threat, as his 6-177-1 demonstrates. Until he can be more reliable in running various routes, he is untrustworthy for fantasy lineups.

Kelley has been adequate in backing up Austin Ekeler this season. He has gotten a lot of buzz, but perhaps it has more to do with his week one performance when he scored a touchdown and had 60-yards rushing. His 23 carries against Kansas City and two receptions for 113 total yards. Since then, he has basically not been getting much volume. 28 attempts in the last three games with six targets. On Monday Night Football, Justin Jackson had four more carries and four more receptions. Jackson also looked more impressive.

When Diontae Johnson went down with an injury last week, Claypool took over and went “H.A.M.” on the Philadelphia Eagles defense. Ben Roethlisberger targeted the rookie 11 times. Claypool brought in seven for 110 yards and three touchdowns and rushed in another. Scoring a whopping 42.6 points. He had another solid game in week two against Denver with 3-88-1. He has carved out a more prominent role, but what remains in question is whether he has taken over the Johnson role as the second wide receiver on the team? Claypool is currently the WR22.

Shenault has been steady but not spectacular yet and has caught five or more passes in the past three weeks. Shenault does have a touchdown, which occurred inweek one versus the Colts. Also, in four of his five games, he has gotten double-digit points. The talent and big-play ability are there and waiting to happen. Shenault is currently the WR27.

Aiyuk missed week one, but overall, he has done more damage running the ball in the “Deebo Samuel” role than being a receiver. Aiyuk has 12 receptions for 153 yards, but he has 69 yards and two scores on the ground. He did have 44 yards last week, which tied the team lead on three catches and does have two double-digit weeks in four contests. Aiyuk is the WR49 overall.

Akers missed two weeks and a partial Week 2 due to a rib injury and returned last week. He rushed for 61 yards on nine carries against Washington. In Week 1, Akers carried the rock 14 times for 39 yards and caught one pass. It’s not a large sample size, but the talent seems to be there.

Davis has not been the focal point of the offense as the Bills have Stefon Diggs, John Brown, and Cole Beasley. However, he has been a reliable receiver when given a chance. In Week 3, Davis caught four of four targets for 81 yards. In Week 5 on Tuesday Night Football, he caught five balls for 58 yards on nine targets. He is currently the WR56.

If this Dynasty Fantasy Football review has you hankerin’ for some fantasy sports, try out Fan Duel! That link lets them know we sent you! It also gets you a 20% deposit match up to $500! 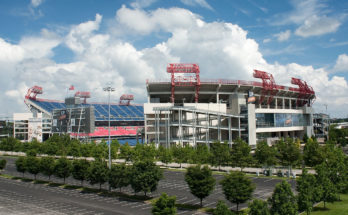