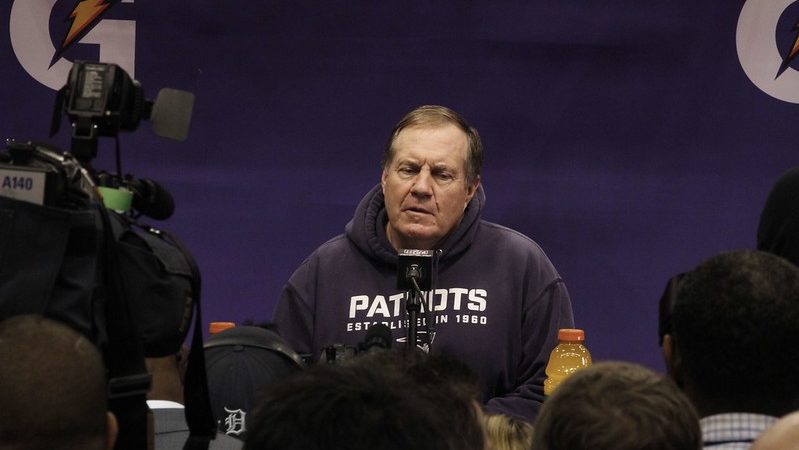 The AFC East is suddenly wide open. The Patriots will not have Tom Brady under center for the first time in what feels like 1,000 lifetimes. The Bills added Stefon Diggs. MIami hopes Tua build on 2019 (see what I did there). The Jets also exist. Where should these teams look in the 2020 NFL Draft to best maximize their fantasy football potential for the 2020 season?

The Buffalo Bills have a ton of offensive weaponry, especially since they turned their first-round pick into Stefon Diggs. They have everything in place to have a lot of fantasy football production from their weapons… except for a decent offensive line. Pro Football Focus ranked the Bills as the eleventh-worst offensive line last season and given their strength on defense, it’s likely Buffalo invests there.

The team needs to get another running back and a fourth wide receiver worth his salt, but that would just muddy the water for fantasy football purposes. My wish for the 2020 Buffalo Bills is to shore up the offensive line to get Josh Allen more time to throw to his wide receivers and to give a good push up front for Devin Singletary.

The Miami Dolphins tried to lose every single game last season, or at least that’s how the narrative went. They were astronomically terrible to start the year; Josh Rosen looked like he’d never seen a football before and I’m not entirely certain the defense knew what their job was in the first month or so of the season. Then, Ryan Fitzpatrick came in and sprinkled his Fitzmagic dust all over everything. It was such an astonishing turnaround that DeVante Parker finally became fantasy football relevant, a scant five years after he entered the league.

But, nothing gold can stay. The team is still a mess. They might have the worst offensive line in football, their leading rusher was Ryan Fitzpatrick last year. Let me repeat: their leading rusher was Ryan Fitzpatrick. One more time, lest you think that’s a typo: Ryan Fitzpatrick led the Miami Dolphins in rushing. They desperately need a running back, especially for fantasy football purposes. Sorry, but Kalen Ballage isn’t going to cut it. Rumors have it that they’ll cash in one of their first-rounders for a top-of-draft talent like D’Andre Swift.

Then, we get to the QB. Tua Tagovailoa to Miami is down on nearly draft board in pencil. They tried to tank for Tua, failed miserably, and likely end up with him anyway due to concerns surrounding Tua’s hip injury. It’s likely the Dolphins draft Tua and try, desperately, to not throw him to the wolves immediately. It’s also unlikely that the #5 pick in the draft sits more than half a season unless he isn’t yet medically cleared to do so. If Tua is healthy, he’s an immediate stash given his upside in even 1QB leagues.

The New England Patriots let their defense, Bill Belichick, and Tom Brady wallpaper all the problems with their fantasy football skill position players. N’Keal Harry never got off the ground, ditto Damien Harris. Sony Michel failed to live up to expectations, and the people whose fever dreams led them to take Ben Watson or Matt LaCosse are probably still in hiding. Oh, and Tom Brady is a Tampa Bay Buccaneer.

The Patriots need to rebuild their offense from the ground-up. Jarrett Stidham is not the quarterback you want running this whole shindig, and Julian Edelman is not the WR1 you want leading this team in targets. I still believe in N’Keal Harry, and Mo Sanu is likely going to bounce back, but that wide receiver room was thin before Phillip Dorsett took his talents to the Pacific Northwest. The tight end isn’t necessary for fantasy football tight end production purposes, but rather, to give the new quarterback (whoever that may be) someone big to throw to.

The Patriots have the usual Patriots running back problem: too many, with no lead back. They definitely don’t need more guys in that room. I’m honestly worried about what the Patriots are doing on offense this season. Unless they show up big at the NFL Draft, I’m not too certain in anyone there for fantasy football 2020.

We learned last season that the ultimate salve for players floundering under Adam Gase is to get them out from Adam Gase. Ryan Tannehill, Kenyan Drake, Mike Gesicki and DeVante Parker all enjoyed breakout campaigns without Gase at the helm of their respective teams. Also, Le’Veon Bell had his worst season as a pro and nobody on the Jets lived up to expectations. Probably a coincidence, right? I’m sure Sam Darnold’s mono didn’t help, but a picture is starting to emerge that it might not matter who the players under Adam Gase are, they won’t produce.

But, I digress. The Jets have one of, if not the worst wide receiver room in all of the NFL. Breshad Perriman, Josh Doctson, Quincy Enunwa (maybe?) and Jamison Crowder make up their top-four at the position. It’s not surprising that the smart money is on the Jets taking a wide receiver at #11, especially given the triumvirate of wideout talent at the top of this draft. It’s likely they kick off a three-team run at 11, 12 and 13 in the draft with Henry Ruggs, CeeDee Lamb, and Jerry Jeudy going to the Jets, Raiders, and Niners in some order.

If the Jets don’t go with a wide receiver there, they need to go offensive tackle. They’re in the range where a top-flight tackle may or may not be there, depending on how teams ahead of them evaluate their needs. But, it’s likely that one of Tristan Wirfs, Jedrick Wills, or Andrew Thomas will still be on the board for them. They need better tackle talent to protect Sam Darnold. Had he not missed three games, he would have topped 40 sacks, which would put him in the top-seven most sacked quarterbacks.